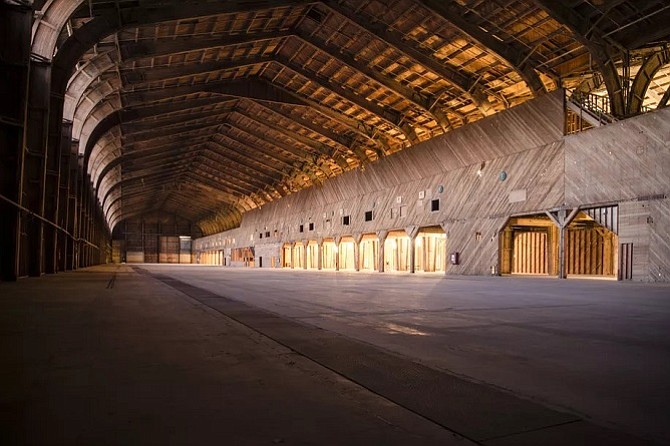 The hangar is named for aerospace mogul Howard Hughes’ 1947 H-4 Hercules, better known as the Spruce Goose, the largest wooden airplane ever constructed (the craft now rests at the Evergreen Aviation and Space Museum in Oregon).

The 319,000 square-foot, seven-story hangar is over three times the size of Google’s Venice office, which it has owned since 2011.

Google announced plans in 2016 to move into the hangar with a target date of Fall 2018 — and the company is right on time. In 2004, real estate experts valued the property at $60 million.

Alison Girard, director of marketing for Playa Vista masterplan developer Brookfield Residential, said "Google, along with other highly significant tech and creative firms, have long been attracted to Playa Vista, which is at the heart of Silicon Beach," adding that "the Campus at Playa Vista – which is the creative-office component of the community – gives like-minded companies synergy on a large scale, with its offices in walkable proximity to each other."

Girard also said there is a historical attraction to the office because "people love to work where Howard Hughes once did," and his former hangar hangar"offers architecture, scale and a sense of place that inspires creativity demanded by tech companies."