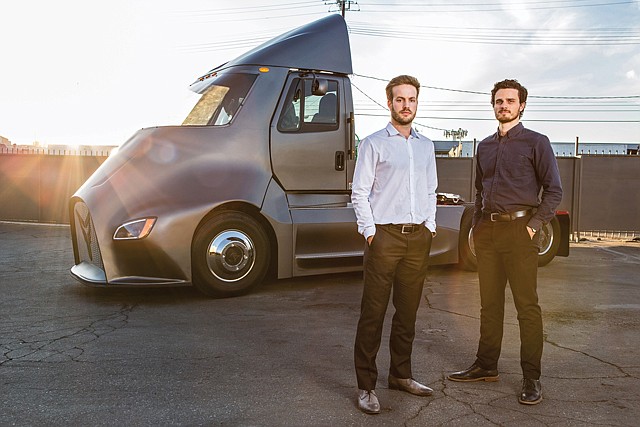 North Hollywood electric-truck startup Thor Trucks Inc. claims two innovations set it apart from other electric truck manufacturers: a safer and more reliable battery, and a unique truck chassis that can be switched out between different vehicles.

The company, which employs 35 people, is currently in preproduction, testing its electric truck technology in a six-month arrangement with Atlanta-based United Parcel Service Inc. It’s aiming for its first production run early next year.

Chief Operating Officer Giordano Sordoni said Thor Trucks has developed a battery that can continue to operate, even in cases where one of its more than 6,000 cells should fail.

The battery also is air-cooled instead of liquid-cooled, which he said makes it lightweight and less prone to fluid leakage, which can be dangerous.

According to Sordoni, Thor Trucks has also developed a chassis that’s modular, meaning it can be interchanged among several models. “Most people take existing chassis and convert them to electric,” Sordoni said. “We built the chassis around the electric power train, instead of vice versa.”

Sordoni founded the company in 2016 with Dakota Semler, who serves as chief executive.

He said the company’s sole revenue stream currently is from the sale of its power train for use in other companies’ vehicles. But that will change once full production begins.