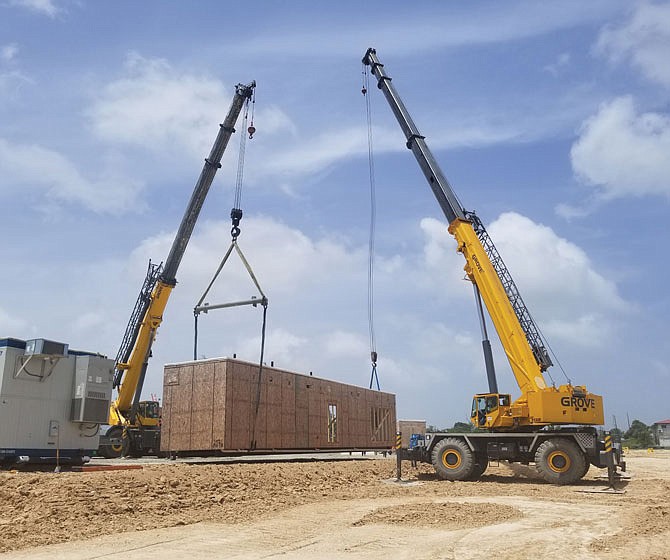 The company’s stock closed at $10 a share in its Nov. 16 debut on the Nasdaq stock exchange under the symbol BWMC.

The clock is now ticking for Boxwood, which has two years to find an acquisition target. Boxwood intends to focus on buying companies that provide technical and industrial services in the United States.

Private equity firms have an appetite to partner with SPACs like Boxwood because they are cash rich, said Kadenacy, who noted that Australia’s Macquarie Capital owns half of his company’s shares. In an interview, Kadenacy said Macquarie’s backing is strategic.

“It’s the largest infrastructure investor in the world,” he said. The $200 million raise will give Boxwood the ability to purchase a company with a total enterprise value (market capitalization plus debt) of $600 million to $2 billion.

“We’ll spend all of it,” said Kadenacy of the $200 million raise. “We absolutely have a longer-term strategy to grow the company through acquisition.”

He added that Boxwood has identified about 150 businesses that fit its bill for possible acquisition. “We are now starting discussions in earnest on our targets,” he said.

Kadenacy worked for a decade at AECOM, which saw $18.2 billion in revenue in 2017. In his last two years, Kadenacy served as president and chief operating officer.

Billy Hall, Vesta’s chief operating officer, said the buyout lays the groundwork for continued growth. He and Vesta Chief Executive Daniel McMurtrie teamed up with Balmoral to buy out their company.

Vesta owns a rental fleet of 3,000 modular buildings, and recently set up one of those buildings to serve as a school for students displaced by Hurricane Michael in Panama City, Fla.

A spokesman for Levine Leichtman – which also owns Italian restaurant chain Bertucci’s Inc. and cushion-maker Allied Aerofoam Products, among other interests – declined to identify the buyer or terms of the transaction.

Atlanta-based GFG is a strategic brand management company that owns and manages a portfolio of 1,500 franchised and company-owned brands in the food industry. These brands include Great American Cookie Co. Inc.; Round Table Pizza Inc.; Marble Slab Creamery Inc.; Pretzelmaker; MaggieMoo’s Ice Cream & Treatery; and Hot Dog on a Stick.