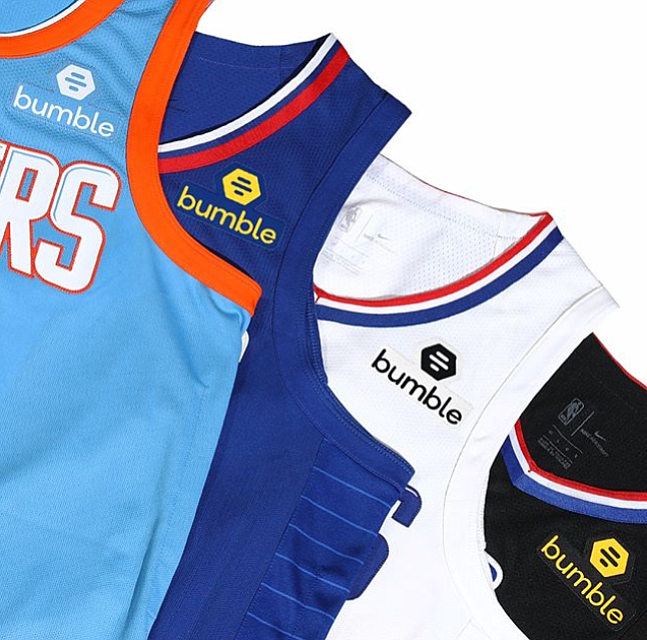 The jersey patch will be referred to as the “Empowerment Badge” and serve as the focal point message of a marketing deal between the team and company.

The Clippers “wanted a partner who shared the ideals of gender equity in the workplace, making the female-driven Bumble our perfect partner,” said Gillian Zucker, the team’s president of business.

Bumble currently operates with nearly 30 million users and the app is built upon encouraging women to make the first move—or send the initial message—in order to begin the online conversation.

“Through Steve Ballmer’s leadership, the Clippers have a clear commitment to diversity and equal opportunity,” said Zucker, one of the highest ranking female executives in the NBA. “Bumble’s message and technology provide a platform for women in new and non-traditional spaces and it’s important to the Clippers that we innovate and reach our fans wherever our fans are.”

“Never before has a major professional sports team partnered in this way with a female-driven brand like Bumble,” said Whitney Wolfe Herd, founder and chief executive officer of Bumble, in a statement. “Like us, they know generating awareness for diversity and gender equality is critical to business success.”