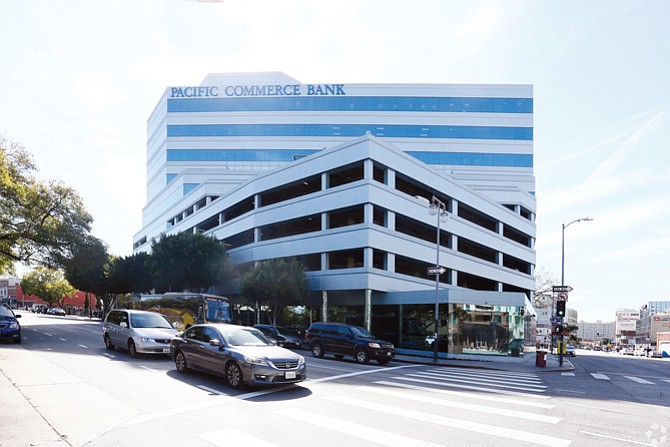 Consolidation at the lower end of the regional banking market seems to be an early theme in 2018.

The four banks combined have approximately $13.5 billion in assets under management.

Christopher Myers, chief executive of CVB Financial, said in a statement that the Community Bank acquisition would boost the bank’s financial position.

“We are excited to be merging with a successful business bank that has been built customer by customer for the past 74 years,” Myers said. “Our combination with Community Bank provides us tremendous financial opportunity in terms of depth of talent, a strong and diverse customer base, and significant geographic overlap. We have truly admired this franchise for a long time. The reality of blending our two teams is very exciting.”

The First Choice acquisition will give shareholders of the downtown Los Angeles-based Pacific Commerce a fixed ratio of shares of First Choice common stock, based on a 30-trading day average price of $24.83.

First Choice shareholders will own 63.5 percent of the combined company; Pacific Commerce stockholders are expected to own 36.5 percent. The deal was valued at $110.4 million, or $11.54 per Pacific Bank common share.

Modern Market, which operates 28 healthy fast-casual restaurants in Colorado, Texas, Arizona and Maryland, has a menu that can accommodate a wide range of diets, according to the company’s website.

Adam Waglay, who co-founded Butterfly with Dustin Beck, said in a statement that the chain offered “a highly-scalable concept with an incredibly loyal following.”

“Modern Market’s innovative menu, emphasis on convenience and ability to meet any dietary need result in a concept with immense, broad appeal and significant room to grow,” Beck added. “We believe that Modern Market’s offering is increasingly representative of the way that modern restaurant-goers prefer to eat.”