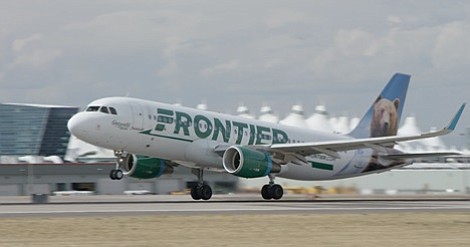 The Denver-based carrier’s move comes just a few months after it began service at Ontario and will mark the first-ever non-stop service from Ontario to Florida.

“We are proud to further our commitment and bring even more low fares to Ontario, now with four non-stop destinations,” Josh Flyr, Vice President of Network Planning for Frontier Airlines, said in the announcement. “With low fares and friendly and reliable service, we look forward to continuing to bring affordable air travel to the community.”

The addition of the Orlando flight will boost the number of markets that ONT serves to 19.

“Our goal from the start was to provide convenient and competitively priced air service at Ontario for leisure and business travelers from the Inland Empire, Orange County and Eastern Los Angeles County,” Alan D. Wapner, president of the Ontario International Airport Authority, said in the announcement. “Frontier’s decision is a clear sign that travelers see the value of the seamless and hassle-free experience they get at Ontario.”