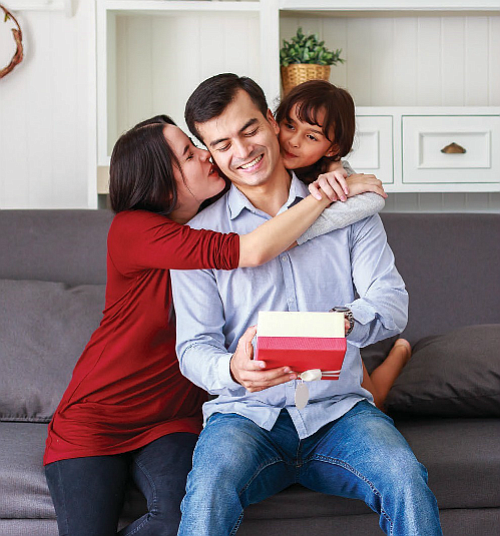 A survey conducted by Swagbucks, an online rewards program, sheds some light on what dads want on Father’s Day. The survey sought to identify trends in shopping behaviors and attitudes surrounding Father’s Day.

Swagbucks found that 29% of dads want to receive a gift card, making gift cards the most desired gift among dads. Luckily, 22% of moms said they intend to purchase a gift card for their husbands or partners. After gift cards, dads are hoping for other popular gifts like tech gadgets (24%), sporting goods (9%) and clothing (9%).

“The dads we surveyed are looking forward to a gift for Father’s Day this year. So it’s great to see that their wives and partners are in tune with what they really want. That isn’t always the case!” said Sarah Aibel, VP of Marketing at Swagbucks. “Buying gifts, no matter the occasion, can be stressful. You want to show that you really know the person and convey how you feel about them, while ensuring you give something they’ll actually use. A gift card for Dad’s favorite store or restaurant tucked into a Father’s Day card is a great way to show you care, and something you know he’ll truly enjoy.”

DADS ARE EXCITED ABOUT FATHER’S DAY

• 81% of dads are looking forward to celebrating Father’s Day this year, as are 91% of moms

• 77% of dads are expecting a gift this Father’s Day

• When asked how much they expect their partner/children to spend on a gift, 51% said less than $50

DADS SEE THEMSELVES AS PRETTY HIP

• 84% of dads consider themselves “cool dads”

• When asked who the best fictional dad character is, dads said:

• How do those responses compare to what moms said?

DADS WEIGH IN ON THE “BEST GIFT EVER”

• When asked the best gift they’ve ever received for Father’s Day, the most common responses were tickets and being a father

DADS CAN BE FORGETFUL

The survey was conducted among Swagbucks members using an email invitation and online survey. The survey had a total of 6,360 responses from across the United States.

Headquartered in El Segundo, Swagbucks is a subsidiary of Prodege, LLC and partner site to MyGiftCardsPlus. For more information, please visit www.swagbucks.com.