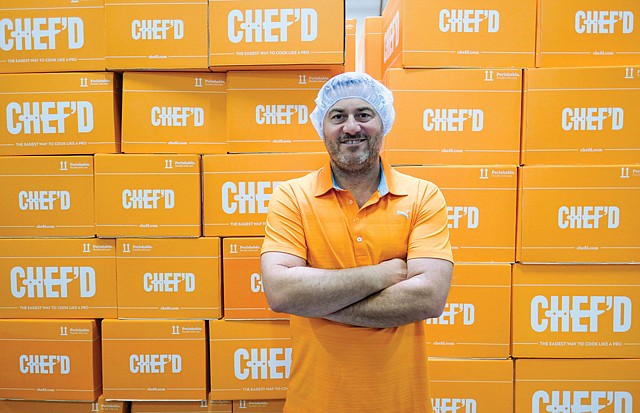 El Segundo-based Chef’d plans to liquidate the rest of its assets in a deal struck a week after it shuttered its core delivery meal kit operations and dismissed hundreds of employees.

True Food Innovations of Newport Beach – which develops its own food and beverage brands, private label products and meal kits – said July 25 it purchased the entirety of Chef’d assets, including the company’s production facilities, equipment and intellectual property. The purchase price was not disclosed.

True Food acquired the assets from an undisclosed Chef’d creditor.

Chef’d had raised more than $40 million since it was founded in 2015, according to Crunchbase. The company – like other meal delivery kit services, such as Blue Apron Holdings Inc. – struggled with profitability. New York-based Blue Apron went public in a $100 million IPO last June, and its stock has plummeted 69 percent since then, closing at $3.10 on July 25.

Chef’d founder and former Chief Executive Kyle Ransford declined to give specific financial information in an interview with the Business Journal in June of 2017, claiming at the time the company’s revenue had increased five-fold in the previous 12 months.

Chef’d was backed by several large food companies, including Campbell’s Soup Co., which invested $10 million into the meal kit firm last May.

The deal gives El Segundo-based Stamps.com – which is No. 27 on the Business Journal’s 2018 list of largest public companies, with a market cap of $4.5 billion – MetaPack’s customer list of more than 500 retailers, marketers and manufacturers as well as its software platform. MetaPack has 350 employees in six offices, and notched revenue of approximately $47 million in its last fiscal year, which ended March 31. The company had an operating margin of 10 percent, according to a press release.

The MetaPack acquisition strengthens Stamps.com’s position in Europe, and adds expertise in the big-business market, which complements Stamp.com’s focus on smaller businesses.

Both company’s boards have approved the deal, which is expected to close in August. MetaPack will operate as a wholly-owned subsidiary, the companies said.

Over for Overdraft Fees?

Dave Inc., a Mid-Wilshire tech startup backed by entrepreneur Mark Cuban, has raised $10 million of a planned $15 million in its latest debt financed round, according to Securities and Exchange Commission filings.

Dave is designed to help users avoid bank-issued overdraft fees by reviewing checking account information provided by users, analyzing recurring costs and predicting the lowest balance the account will have before the user’s next paycheck. Users can apply for payday loan up to $250 with no annual percentage rate and pay it back as soon as possible by scheduling a withdrawal of the funds from their linked account. A Dave membership costs users approximately $1 per month, according to the company.

A total of nine investors took part in the latest round.

The company is Wilk’s third venture backed by Cuban, who said in a statement last year that he invested in the company because he was “crushed” by overdraft fees when he was younger and believes in cutting off “useless expenses.”