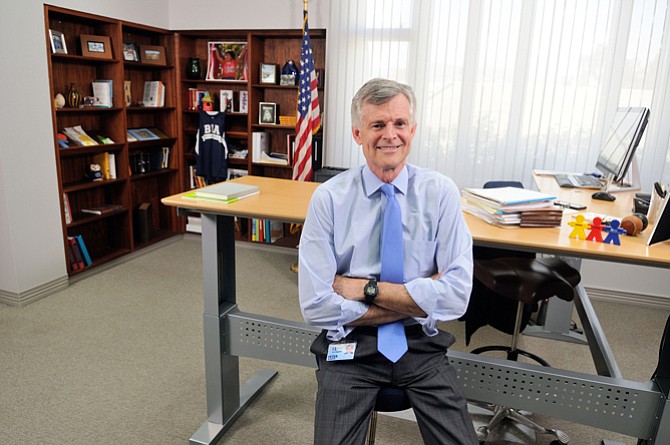 Montana cowboy J. Robert Atkinson lost his vision in his mid-20s during a visit to his mother in Los Angeles. “He was packing his weapons and (a pistol) went off. He was blinded instantly,” said Peter A. Mindnich, president of the Braille Institute of America Inc., which keeps its headquarters in East Hollywood and regional centers in Anaheim, Santa Barbara, San Diego and Rancho Mirage.

Atkinson took up residence in L.A., and launched a Braille print shop in the garage of his new home because he had difficulty finding reading material in Braille.

A generous gift of $25,000 from Brookline, Mass. couple John and Mary Longyear funded the launch of the Universal Braille Press in 1919. The operation was later incorporated as the nonprofit Braille Institute of America, providing a library and a variety of social and educational services.

Atkinson, who died in 1964, would have been amazed how much life-enhancing digital technology the visually impaired can now hold in one hand due to a range of new mobile phone apps, including a function that can read signs out loud.

Mindnich said such technology is advancing just in time to meet the demands of an increasing population of visually impaired people in the U.S. Aging baby boomers with degenerative eye conditions, as well as diabetic retinopathy fueled by an explosion of Type II diabetes resulting from obesity, contribute to the trend.

Mindnich said only 1 percent of those served by the Institute are totally blind. More are legally blind (30 percent), or have low vision.

Mindnich is not visually impaired, but a late-career decision to serve that community after more than 30 years in the financial services industry, holding prestigious positions at Goldman, Sachs & Co., BlackRock Inc. and other businesses, has profoundly changed his view of the world.

Mindnich, 64, described himself as too young to retire when he left the financial world in 2009. His wife, a psychiatric social worker, encouraged the Harvard University MBA to go back to school to earn his master’s in social work at USC. A series of connections landed him a slot as vice president of the Braille Institute, and he became president in 2014.

“I feel like I’m at my very best ever,” he said. “The lifelong learning thing, there really is a magic to it. It keeps you young. There is a whole world out there.

“Wall Street and all that, it’s too much head and not enough heart,” he added. “I really feel like I’m home, I kind of wish I’d gotten here a little earlier in life, to have more time to move the needle and move the organization forward.”

Mindnich’s office reflects a respect for the history of the organization, particularly in displaying the memorabilia of founder Atkinson. It also pays tribute to his strong belief in team spirit.

“It’s just how I’m wired,” Mindnich said. “I’ve seen the power of teams, and there’s nothing that can beat it. They will outperform individuals any day of the week.” 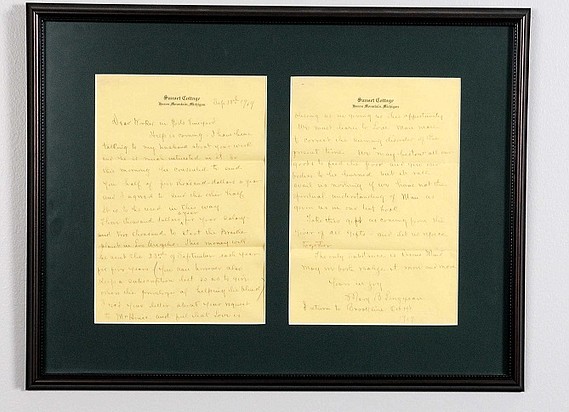 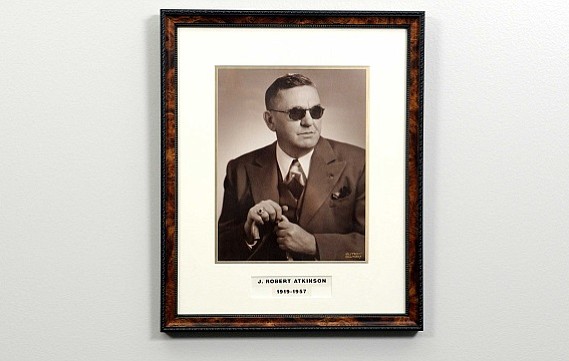 Photo of Braille Institute Founder J. Robert Atkinson. “Sometimes I’ll look at the photo and say: ‘Hey Bob, what do you think about this?’ He was the kind of guy that got things done.” 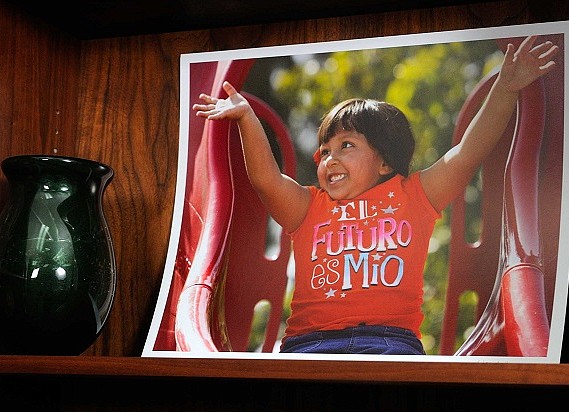 With the aid of Institute programs, four year-old Liliana can believe the slogan “The Future is Mine” despite her visual impairment. 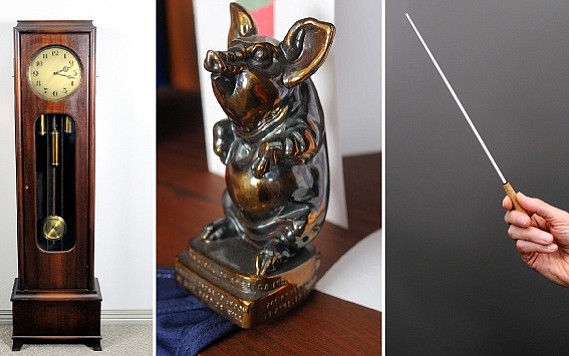 Left to right: Institute founder Atkinson couldn’t see the grandfather clock, a 1927 gift from his wife Alberta, but could tell time by its chimes (the chimes are currently out of order); cheerful Aurora the Pig represents the Braille Institute brand in fundraising efforts; Mindnich is one of a succession of Institute presidents to inherit this baton. He thinks of himself as more coach than conductor, however. 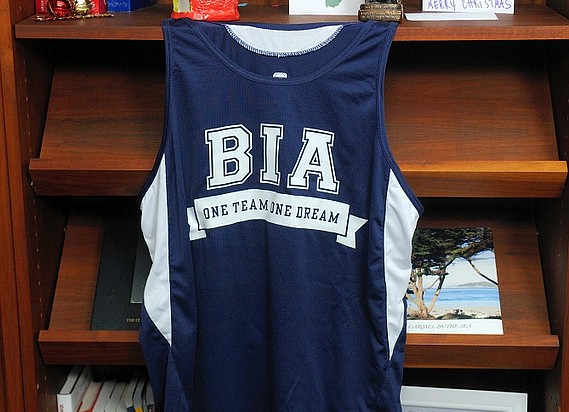 The basketball jersey reminds Mindnich, himself a weekend athlete, that team spirit powers the Braille Institute of America. 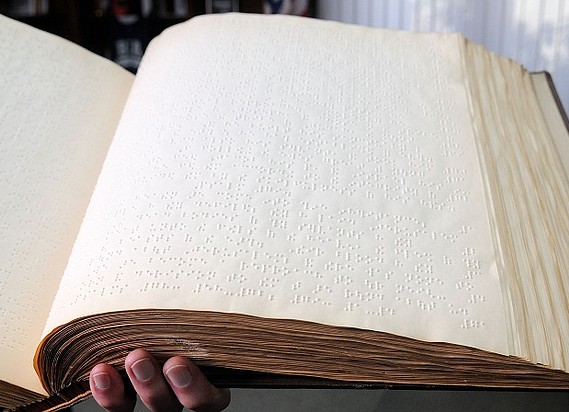 1918 marked the introduction of a revised version of Braille. Atkinson was the first to publish the King James Bible in the new Braille. This is the Book of Psalms.