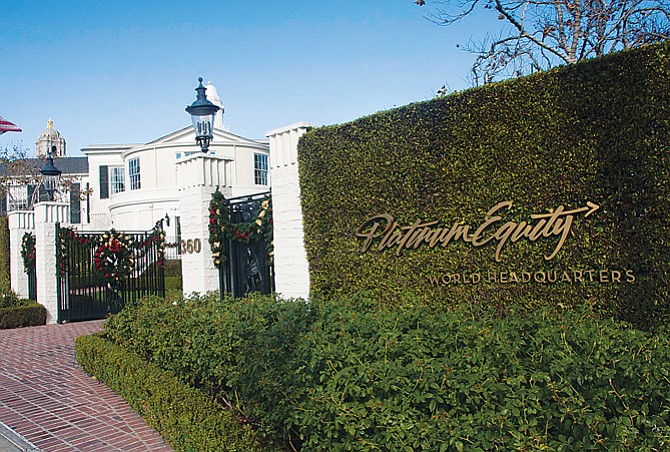 “Energy Labs manufactures a lot of the individual component parts used in these thermal systems,” Greif said. “Vertiv doesn’t do a lot of manufacturing in this area, so it creates a cost savings for them.”

The deal also gives Vertiv access to Energy Labs’ presence in the industrial thermal control systems market. The acquired company did the heating and cooling system in both Los Angeles International Airport’s Tom Bradley International Terminal and at downtown’s Disney Concert Hall, according to Greif.

Vertiv Chief Executive Rob Johnson said in a statement that the various synergies made the deal attractive.

“This acquisition supports our growth strategy to find companies that both align with our values and bolster our current offerings,” Johnson said. “Energy Labs is a perfect fit, with talented people, innovative technologies and complementary expertise that will help us continue to meet the needs of our customers, while also expanding into adjacent markets.”

“This is the first acquisition under the Vertiv banner, and it is exactly the kind of additive move we feel can accelerate the company’s growth,” Kotzubei said.

Greif declined to give specific figures about the size of the deal, but called it “significant” and added that there was a contested bidding war for Energy Labs that included multiple suitors over the past six months.

Greif added that, given Energy Labs cross-border operations, getting the deal done in the Trump Administration era was a minor miracle in its own right.

“We were able to close the deal despite the president’s opposition to cross-border transactions like this one,” Greif said. “It was no small feat.”

After a big 2017 that featured several high profile deals and rumors of a new fund in the pipeline, Clearlake Capital Group appears to be back at it in 2018.

“Janus is a clear market leader to the self-storage segment, with a talented management team that has been driving relentless innovation within the sector,” said Jose Feliciano, co-founder and managing partner at Clearlake, in a statement.

But last week it was party to a transaction, shelling out an undisclosed sum to purchase Quayle Munro Ltd., a London-based investment bank. The deal gives Houlihan 40 advisors and will help the firm expands its financial services practices into the European market, according to the outfit.

“The use of data and analytics to make both business and general management decisions has become an increasingly critical component in the corporate tool kit,” Beiser said. “Data and analytics has become virtually ubiquitous, and its importance in analyzing trends, enhancing productivity, and growing one’s business cannot be overstated.”