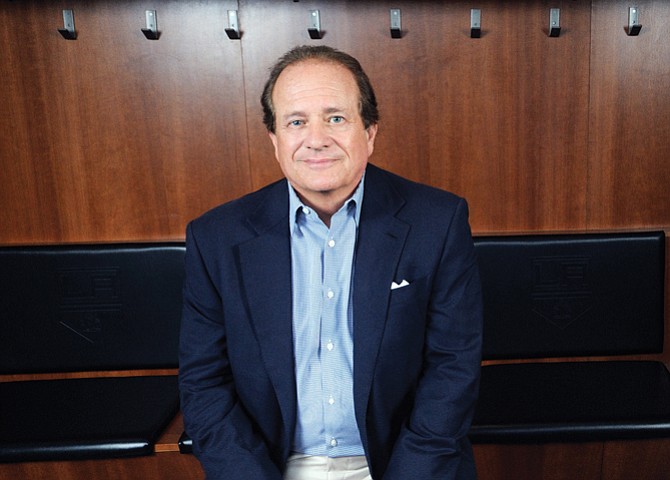 It was nearly three years ago that Dean Spanos, controlling owner and board chairman of the Los Angeles Chargers football team, announced plans to relinquish day-to-day operations of the team to his sons, John and A.G., both in their 30s.

“When my dad [Alex Spanos] purchased the team in 1984, he said, ‘It’s something I want to keep in the family forever,’” Spanos said at the time. “This is the beginning of a transition to the third generation in our family.”

It was about a year later that Spanos himself stepped back into the spotlight to take the heat as the face of the Chargers when the team announced plans to relocate to the Los Angeles area for the 2017 National Football League season.

He also took the opportunity to spell out the team’s new mission as it headed north, with plans for a temporary stint at the StubHub Center in Carson and an eventual move to Stan Kroenke’s new L.A. Stadium & Entertainment District in Inglewood, which is slated to open in 2020 as the home field of both Chargers and Kroenke’s Los Angeles Rams.

“The Chargers are determined to fight for L.A., and we are excited to get started,” he said. “We must earn the respect and support of L.A. football fans. We must get back to winning. And, we must make a meaningful contribution, not just on the field, but off the field as a leader and champion for the community.”

Spanos reiterated the point, with marked enthusiasm, in a recent conversation with the Business Journal.

“Los Angeles is one of the most vibrant sports markets in America – it’s exciting, fiercely competitive,” Spanos said. “And it’s got a lot of challenges. You need to have tremendous success on the field to excite the fans to come out and support you. I don’t think that’s anything new.”

The potential prize: a place in the local sports lineup in a market that’s been on a roll.

“The economy is at an all-time high, there is a lot of aggressiveness, businesses are building,” he said. “Look at downtown L.A. There are cranes on every corner, the city is booming.”

Spanos acknowledged there were other locations that might have been interested in having an NFL team, but choosing L.A. was a no brainer for the Stockton native. The attractions, he said, were the size of the market and the new stadium.

The stadium, currently under construction in Inglewood, is part of a $3 billion complex that will include a performing arts venue, as well as office, retail and hotel space. The venue is also the planned location for the opening and closing ceremonies for the 2028 Olympic Games.

“I believe we’re going to play in one of the greatest, if not the greatest, venue for the NFL in the United States, period,” Spanos said.

The recently concluded regular season saw the Chargers fall just short of a playoff spot, but the team rallied from a stumbling start to impress down the stretch.

The strong finish topped off a season that was a homecoming of sorts for the franchise, which began play in 1960 as a charter member of the American Football League, and spent its first season in L.A. before moving to San Diego.

The move back came with plenty of challenges.

“We only moved 100 miles, but moving an entire business 100 miles can be overwhelming,” Spanos said. “We’re here, I think we’ve accomplished a lot in seven or eight months. We have a long way to go, but we will keep plugging away this year, the next year and the year after that. That’s the way this business is. You can’t take one moment in time and say, are we successful or not?”

Spanos said he has found a warm reception in Los Angeles, as well as in Orange County. Along with its stadium move, the team also plans to move its office headquarters to Costa Mesa.

“People come up to say, we’re happy you’re here,” Spanos said. “That’s encouraging to me, but at the end of the day we have to do two things to be successful – put a winning product on the field and prove and earn our way into this marketplace off the field.”

He said he believes one way into the community’s heart is outreach.

“We have our outreach programs, a community relations department that’s very active right now in Carson, Inglewood, Los Angeles, Costa Mesa. We’re reaching out in all these communities, taking an opportunity to introduce ourselves.”

Outreach extends to the business sector.

“The business dynamic of Los Angeles is incredible – it has all the major companies in the world, the diversity of those companies is incredible,” Spanos said. “There is an opportunity to really look at this great range of potential business partners, and it’s our job to go out and get them.”

This story is based in part on an interview by Jonathan Diamond.