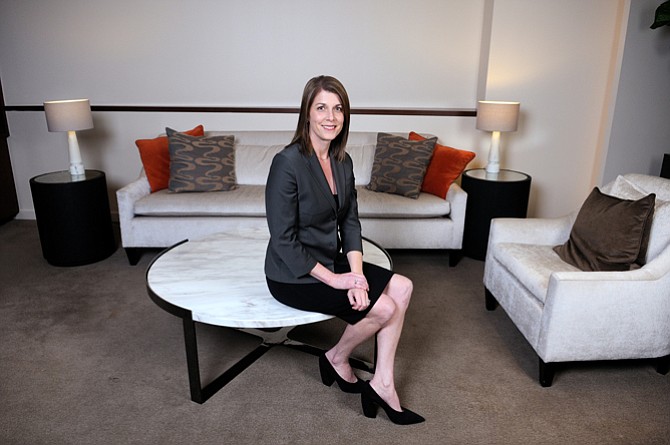 It’s unusual to hear a performing arts institution referred to as a “start-up.” But Rachel Fine, managing director of the Wallis Annenberg Center for the Performing Arts, borrows this phrase more likely to be heard in Silicon Beach than the arts world to describe the Beverly Hills nonprofit community arts center. The center, which opened in 2013, has earned the affectionate nickname “The Wallis.”

Compared to downtown’s Los Angeles Music Center, which opened its first theater in 1964, or even the Broad Stage in Santa Monica, celebrating its 10th anniversary, the Wallis is a newcomer to the area’s performing arts scene. It’s a newbie, even though the venue occupies the restored former Beverly Hills Post Office, built as a Work Projects Administration project in 1933.

Fine said the center wants to bring the arts to street level.

“This is a performing arts center for everyone,” Fine said. “We try to bring in a vast array of programming and educational outreach. We have an education wing, upwards of 10,000 students here a year, people who have never been to Beverly Hills. We really don’t want there to be a barrier because it’s Beverly Hills.”

The Wallis presents everything from classic music to comedy to panel discussions. Events may include casual outdoor events, such as Debbie Allen’s free, family-friendly Dance Sundays on the plaza, or formal affairs, including Vanity Fair’s coveted post-Oscar party, where Fine wore an emerald green Stella McCartney dress.

Fine said adaptability is key when your office is a cutting-edge performing arts center. “Beverly Hills is a center of fashion, so I do feel the need, especially when I have business lunches and board meetings, to be dressed appropriately,” Fine said. “We are a nonprofit organization that is tremendously dependent on contributed income and the generosity of others for our survival. There are so many factors that figure into that equation every year, and it is often like a roller coaster.”

Fine said she takes her cue from the audience when it comes to choosing an outfit. A favorite brand is Theory, which she can buy online without worrying about the fit. And when the day involves no events or business meetings, she can finally be herself at the Wallis.

“I love my Rag & Bone jeans as much as anyone,” she said with a laugh. – Diane Haithman 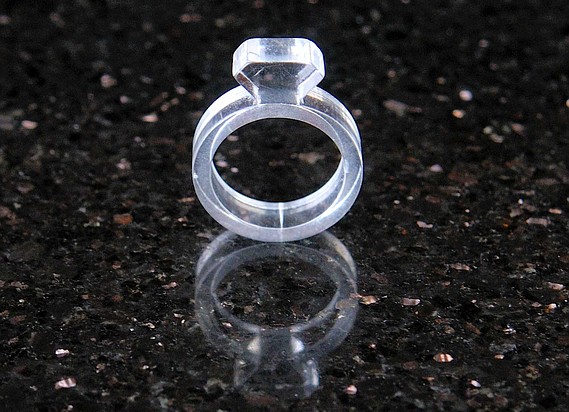 This ByAMT acrylic ring gets more attention than Fine’s platinum and diamond wedding band. Her husband bought it for their 8-year-old daughter. Fine admits to absconding with the ring. (Photo by Thomas Wasper) 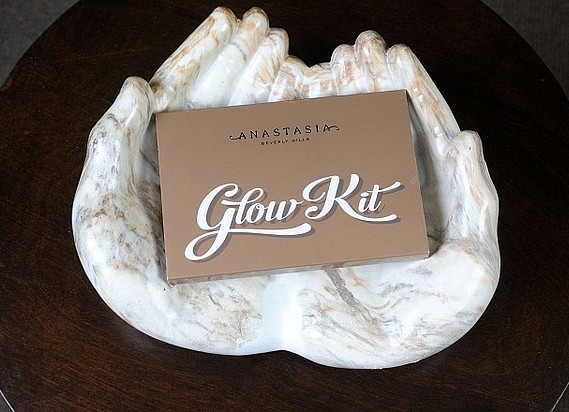 Fine’s 14-year-old daughter turned her on to this Ultimate Glow Kit by Anastasia of Beverly Hills. (Photo by Thomas Wasper) 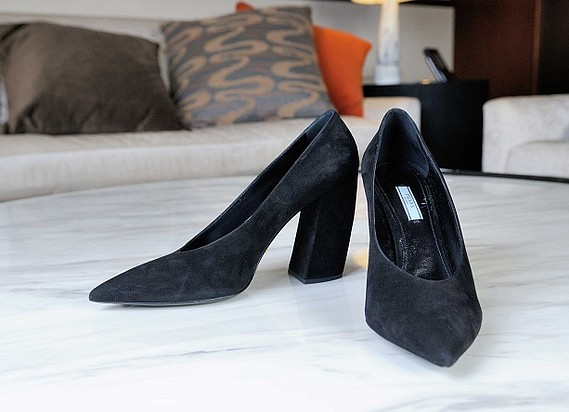 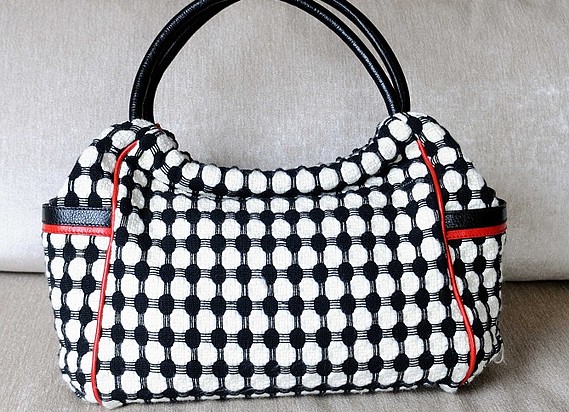 Fine doesn’t usually get to tag along when her husband, Los Angeles Times Architecture Critic Christopher Hawthorne, travels the world. She jokes that Hawthorne often returns with a “consolation prize” such as this Furla bag purchased in Venice. (Photo by Thomas Wasper) 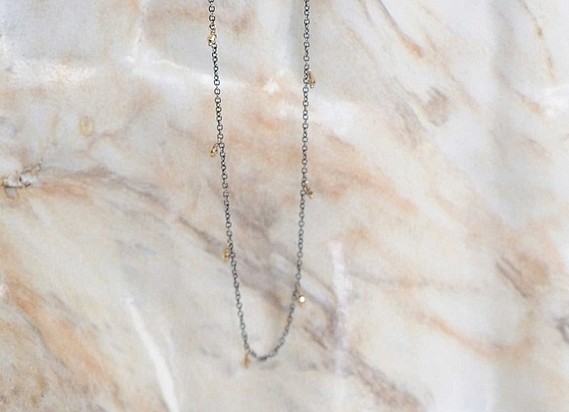 Hawthorne’s eye for design helped with another gift: A delicate, versatile Mizuki chain necklace Fine can wear with either silver or gold. (Photo by Thomas Wasper)