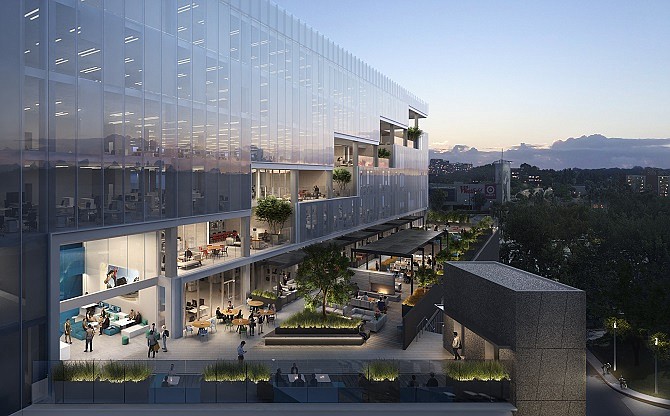 Rendering of The Entrada, a proposed 300,000-square-foot office space in Culver City.

The Entrada, a future 300,000-square-foot office space in Culver City, has been sold to Broad Street Principal Investments and LPC West, part of Lincoln Property Company. Terms of the transaction were not disclosed.

The site was purchased from Woodbine Legacy Investments. The group owns the DoubleTree by Hilton Los Angeles - Westside next door. 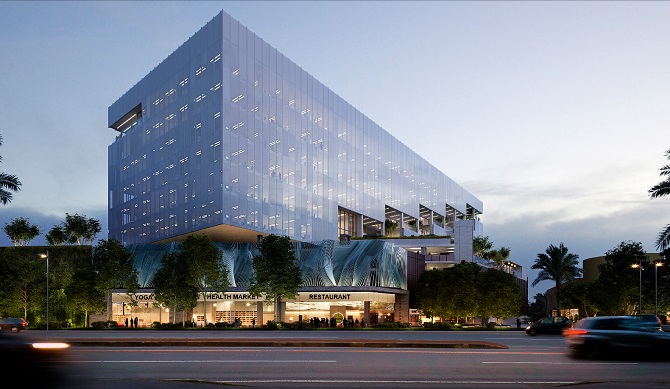 Rendering of The Entrada, a proposed 300,000-square-foot office space in Culver City.

The Gensler-designed project will cater to entertainment, media and technology companies. The project will share some amenities with the hotel, which will undergo a $35 million renovation in 2019.

The site is currently a parking lot. LPC West will be the developer of the project.

“Entrada will be a world-class project with a highly-visible location between Culver City and Playa Vista – two of the region’s most important locations for entertainment, media and technology,” said Rob Kane, executive vice president at LPC West, in a statement. “This project will be a premier trophy asset with a cutting-edge design in an area that has seen much activity and innovation in recent years. We are thrilled to develop the region’s newest creative office project.”

Tenants for the building have not yet been announced. LPC’s Kent Handleman will be the leasing broker for the project.

The Entrada is expected to be completed in 2021.