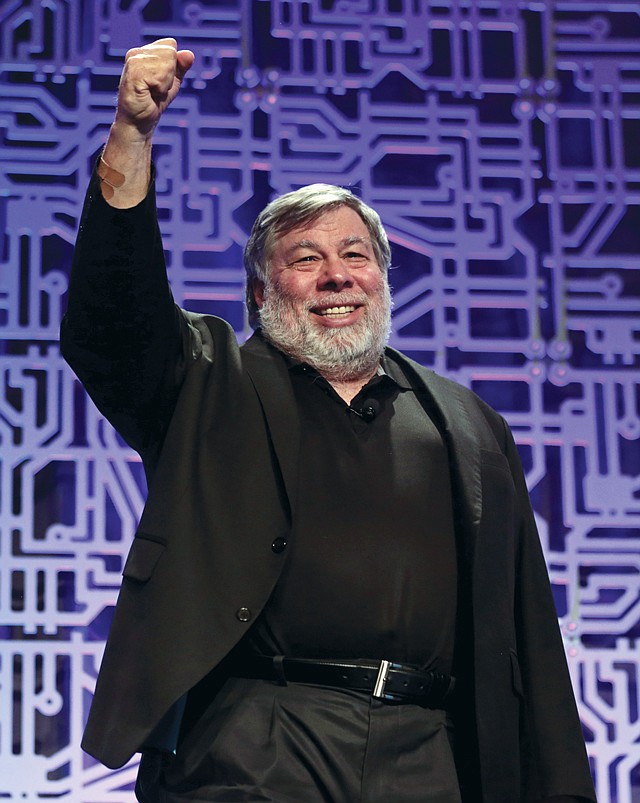 Organizers of 2018 Crypto Invest Summit last week confirmed that a keynote address from Apple Inc. co-founder Steve Wozniak is on the schedule for its Oct. 22-24 run at the Los Angeles Convention Center.

The summit, which sold out the Convention Center’s Concourse Hall last year with a crowd of about 4,500, aims to increase mainstream understanding and use of blockchain and cryptocurrencies. Summit co-founder Alon Goren says he expects around 6,000 attendees this year, when the conference will “nearly double its square footage” by adding Petree Hall and meeting rooms upstairs.

Wozniak’s keynote which will address the potential applications of Bitcoin and how blockchain technology can be used to create commercial products.

“I am very excited to speak about the potential for Bitcoin and blockchain at Crypto Invest Summit,” Wozniak said in a statement. “I want to speak with the biggest players in the blockchain community, challenge them to make innovative products that create utility and then bring real value to their users.”

“No one demonstrates innovation and distributing its rewards to those who helped build it more than the Woz,” said Goren.

TechCrunch reported that roughly $1.3 billion was raised in total funding by companies in the blockchain segment from January 2012 to May 2018.

There are few signs the stream of money pouring into the industry will dry up soon.

Wozniak is known for designing Apple’s first marketed computer and developing the Apple II, one of the first commercially mass-produced microcomputers. The Cupertino-based company supports exploration in the field but only from authorized sources – in June it banned app developers from creating applications or games which mine cryptocurrencies while running on users phones or computers.

The partnership was arranged by DriveItAway.com Inc., which for six months has been attending NIADA events to promote car-sharing at dealerships. HyreCar, working with DriveItAway, will have access to the NIADA’s membership of 17,000 domestic member dealerships, and will encourage dealers to use their platform to enter the car-sharing (mobility as a service) market.

HyreCar’s business model allows vehicle owners and dealerships to rent or lease their vehicles to prospective ride-share drivers an option to buy at the end of the lease.

NIADA executive Scott Lilja said the program “gives all NIADA members the opportunity to create an immediate new profit center, expand their portfolio of qualified buyers and sell more vehicles.” HyreCar will also provide auto insurance designed specifically for car-sharing arrangements and train dealerships how to adequately use its car-sharing platform. The program is free for them to join with their NIADA membership.

The National Independent Automobile Dealers Association is headquartered in Texas and operates its California chapter from a facility in Roseville. HyreCar was co-founded by Abhi Arora and Andy Bansal in 2014 and employs roughly 30 people. It has a market cap of $31.2 million and reported revenues of $4.4 million in March 2018 compared to $3.2 million in December 2017, according to Pitchbook.

Culver City-based virtual reality game studio Survios Inc. launched its virtual reality music app Electronauts last week after teasing the concept last December. The app can be played on HTC Corp.’s Vive headset, the Oculus Rift from Facebook Inc., and PlayStation V.R. headsets made by Sony Interactive Entertainment Inc. The app allows users to remix and play with production of 38 pre-recorded songs from popular electronic musicians such as Tiesto, Steve Aoki, and others.

The goal of Survios’ game is to immerse players in the experience of being a successful solo artist or band playing to a live crowd. Survios has launched the platform in 38 countries, where it sells the games for $18 to $20 each.

“There’s no musical skill necessary, but DJs will love integrating Electronauts into live shows while newbies can jam out with friends in their living rooms,” Survios representative Maria Gonima said in a statement.