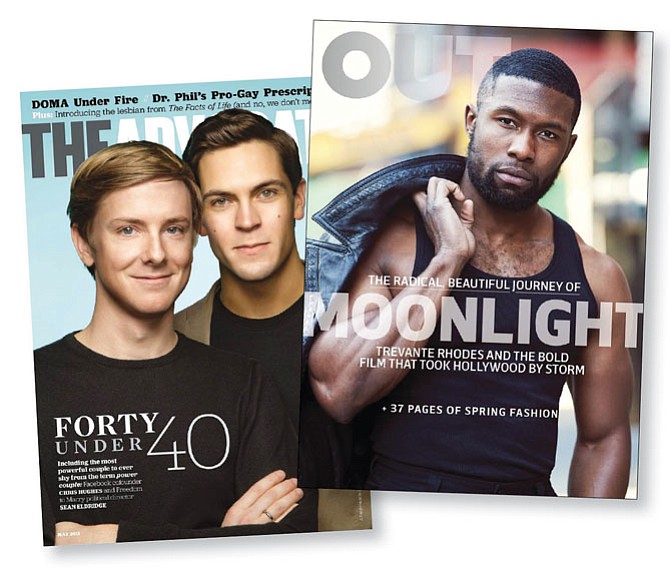 Niche Appeal: Oreva Capital has acquired Here Publishing, which owns LGBTQ magazines The Advocate and Out.

Levin declined to disclose the purchase price of Here, which controls media properties such as The Advocate and Out, but said it and High Times Holding Corp. both had unrealized potential.

“These outlets are niche but they have broad appeal and scale,” he said. “The Advocate is such a staple in the LGBTQ community and outside the community as well, just like High Times and the cannabis community.”

Levin said he is particularly excited to expand on both companies’ events. High Times upped its total number of signature Cannabis Cup events to 10 from four this year and Levin envisions putting on similar gay pride-style events. Here owns the domain Pride.com.

The deal for Here buys out two of the media outlets biggest shareholders, business partners Paul Colichman and Stephen Jarchow, who acquired the media properties in 2008. The pair retains the rights to the Here! television network under the Here Media Inc. brand.

Colichman said in a letter to staff that he made the deal from a place of strength, noting Here Media had added 17 employees this year.

Levin said that this isn’t the last media deal Oreva has in the pipeline and that a third could be on the horizon. He said that the firm has committed a total of $87 million to deals in 2017, the first full year of operation.

Waste Not, Want Not

That’s at least what Century City’s Atar Capital is hoping for after the private equity firm last week acquired the Recycling and Waste Solutions unit from Havi Group for an undisclosed sum. The carve-out is the first waste management industry acquisition for Atar, which is investing out of the firm’s $200 million first fund.

Atar Managing Director Vijay Mony declined to give exact revenue figures for the company, but said they were below the $250 million threshold and that RWS had approximately 40 employees in six locations across the United States.

“We’re very excited for RWS to be a part of the family,” Mony said. “They are a category leader and work with large corporations like McDonald’s and Lowe’s to develop waste and recycling programs.”

Mony said RWS uses a proprietary analytics program to help large companies streamline their waste operations and divert as much trash from landfills as possible. The unit was created by Havi in 2012 as a stand-alone operation integrated with the larger logistics and waste management company’s other business lines. RWS is headquartered in Chadds Ford, Penn., but has offices in Los Angeles.

Mony said the deal closed in just 21 days, a pace that was helped along by Atar’s integrated approach to dealmaking.

“We’re very opportunistic and can execute on very short time frames,” Mony said. “Our relationships with the investment banking community are also fantastic. We do what we say.”

Atar typically invests in companies in the lower and middle markets, with revenues between $50 million and $1.5 billion, according to Mony. RWS is the firm’s second investment out of the $200 million fund. Nikou decided to raise the fund from family offices and high-net-worth individuals last year. Atar has been operating since June 2016.

Nikou also brought several other portfolio companies that were previous investments to the firm when he founded it. Those assets include two newspapers – Tampa Tribune in Florida and Clearwater Gazette – and San Diego-based medical clothing manufacturer Dove Professional Apparel.

Atar just moved into its Century City office in June, centralizing the firm’s business units, according to Mony.

OpenGate purchased portable partition manufacturer and installer Hufcor Inc. of Janesville, Wis., for an undisclosed sum. OpenGate’s Nikou said in a statement that the acquisition helped round out the private equity firm’s holdings.

“As OpenGate Capital manages a global portfolio of businesses in a broad array of industries, Hufcor represents an exciting addition as a category leader providing superb quality products and services to a variety of businesses around the world,” Nikou said.