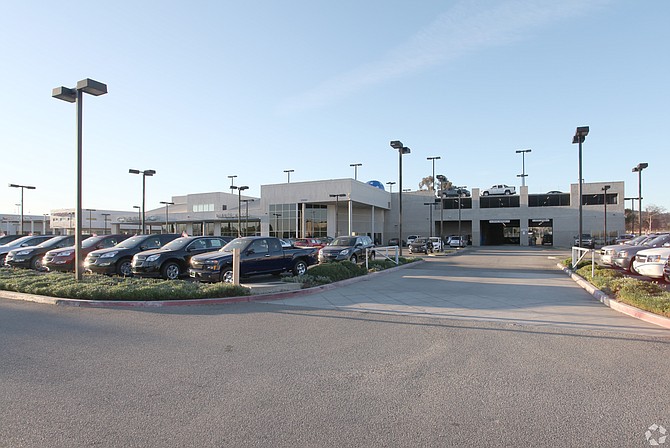 Puente Hills Chevrolet, a 73-year-old family-owned auto dealership in City of Industry, has been acquired by an English car dealer group for approximately $24 million.

The sale to Annesley, England-based Pendragon closed on Oct. 1, but was only announced Thursday, according to Ryan Kerrigan, managing director of Kerrigan Advisors, an Irvine firm that represented the Hoffman family, owner of Puente Hills Chevrolet.

While the sale price was not in the statement announcing the transaction, Pendragon management mentioned a sale price of 17.7 million pounds in a company update released earlier this month; at the exchange rate on Sept. 29, that translates to $23.7 million.

Puente Hills Chevrolet was founded in 1944 as Leo Hoffman Chevrolet; it has been in the Hoffman family ever since. Descendant Tom Hoffman was the most recent co-owner, along with Gary Campbell.

“It’s been an incredible experience to be connected so deeply to the greater San Gabriel Valley community, Hoffman said in a statement announcing the transaction. “It’s been 73 years of selling and servicing cars for families…It has been a privilege to grow our business and be a part of this wonderful community.”

The dealership has not reported revenues, either to the Business Journal or to Ward’s Dealer 500, which lists financial information for the 500 largest auto dealerships in the U.S.

Pendragon was established in 1989 after Williams Holdings “de-merged” its 19 car dealerships across England. The company then began steadily acquiring dealerships and today has 220 dealerships worldwide, including five in California. Pendragon owns both Jaguar and Land Rover dealerships in Los Angeles County through its 2015 acquisition of the Hornburg dealer group. The company reported 2016 revenue of 4.54 billion pounds ($5.58 billion at the exchange rate on Dec. 30, 2016).

In its management update, Pendragon said the acquisition of Puente Hills Chevrolet will boost used the company’s used car capacity in the U.S. The company also said there will be no more acquisitions in the U.S market, at least for the near future.