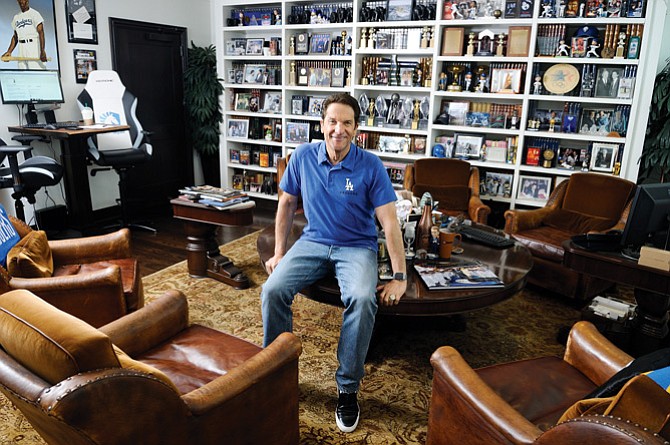 The Dodgers are in the World Series, football is in full swing and professional basketball and hockey are back in season.

The hottest sport right now – at least from an investment standpoint – isn’t played on a field, a court or a rink, however.

E-sports continues to see inbound investment and it seems every traditional sports ownership group is clamoring for a piece of the virtual action. VY Esports of Santa Monica is the latest outfit to benefit, drawing last week an undisclosed amount of financing in a seed round.

The VY investment is somewhat different than other local e-sports investments in that the company is not a team or a game studio. VY instead is an ad firm that targets the e-sports gaming community. The company said in a release it specializes in branded content tied to e-sports tournaments and events.

VY founder and Chief Executive Oleg Butenko said in a statement the e-sports industry was still developing as an advertising play and he was excited to partner with the VC funds who committed capital to his company.

“Esports remains a largely untapped market for brands due to fragmentation and lack of structure across the many events and titles in the industry,” Butenko said. “Given their respective experience and reach in the worlds of sports, media and technology, Raine, Courtside and Elysian Park are important partners and we are excited to work with them and leverage their expertise to grow the business.”

Aurora Capital Partners is getting its hands dirty.

Aurora said it planned to pursue a growth strategy for VLS, including potential bolt-on acquisitions.

“We have a long history of partnering with market-leading businesses to accelerate organic and acquisition growth initiatives,” said Aurora Partner Matthew Laycock in a statement. “We see significant growth potential for VLS in the future and are excited to continue building on the Company’s success.”

VLS specializes in removing chemicals, pressurized gases and other hazardous wastes. The company also provides processing options that can divert waste material from landfills, according to Aurora.

Debt financing for the deal was provided by Century City-based Ares Capital Management and Varagon Capital Partners of New York.

Duff & Phelps was financial advisor to VLS and BoyarMiller served as legal counsel. Aurora was represented by attorneys from Gibson Dunn & Crutcher.

Wavemaker Partners, a venture fund with dual headquarters in Santa Monica and Singapore, announced the close of a new $66 million fund Oct. 13, beating its $50 million target by some 32 percent.

Backers include International Finance Corp., part of World Bank Group, which put $10 million into the fund.

Wavemaker plans to use the capital for investments focused on Southeast Asia, where the company already has a foothold. The firm focuses its investment in the region on early-stage companies, with 80 percent of its current commitments made at the seed funding stage.

Wavemaker Managing Partner Paul Santos said in a statement that the firm’s experience in the region had grown since it initially made the leap to Singapore in 2012.

“We’ve come a long way since we started in Singapore five years ago,” Santos said. “In many ways, we went through the same growing pains that startups do. Yet we are encouraged by the results we’ve achieved so far and the response to the fund by investors.”