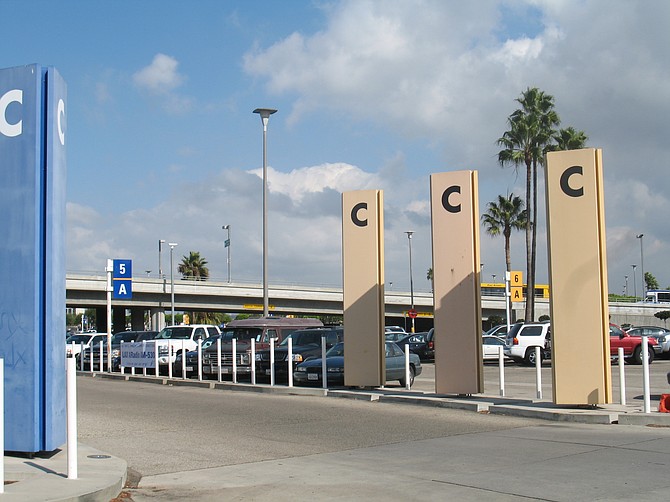 Los Angeles International Airport officials announced this week that 2,110 parking spaces at LAX’s Economy Lot C – nearly half of the spaces – will be removed in two phases over the next four months to allow for construction work.

Lot C, at the corner of Sepulveda Blvd. and 96th Street, has held 4,300 spaces. The closure’s first phase, which began Wednesday morning, removes 1,230 spaces located primarily in the north-eastern portion of Lot C. Also closed is the northern entrance to the lot off of Westchester Parkway.

Another 880 parking spaces in the northern portion will be cordoned off effective Friday, Dec. 8. Once the affected spaces are removed, about 2,200 spaces will be available for use in Lot C.

The spaces are being removed to allow for the reconfiguration of the parking lot in advance of work on the airport’s $5.5 billion landside access improvement program. Additional parking structures and a new intermodal facility and are slated for the area; the facility will connect to a station for the Crenshaw-LAX light rail line now under construction and to the $3 billion automated people mover that will connect the central terminal area with the rail station and a consolidated car rental facility.

The loss of parking spaces comes just as holiday travel season gets under way. Last year, airport officials projected 3.5 million travelers would pass through the airport during the 17-day holiday period. This year, more passengers are expected.

Lot C is the only parking lot operated by the airport away from the central terminal area. Long-term parking rates are $12 a day.

In their announcement of the removal of Lot C spaces, airport officials urged travelers to consider other options to Lot C, including private parking providers, the FlyAway shuttle service from several locations throughout Los Angeles and private shuttle providers.