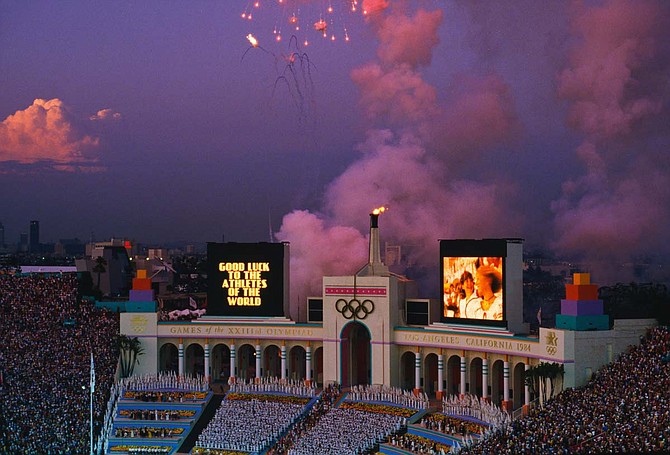 The International Olympic Committee on Tuesday voted unanimously to award the 2024 and 2028 Summer Olympic Games simultaneously, with Paris and Los Angeles as the hosts.

That sets up the final votes in September to formally announce the order; Paris is expected to be named host of the 2024 games, and Los Angeles the host of the 2028 games.

The long-expected vote to make a simultaneous award of the 2024 and 2028 Summer Games came at the IOC’s summer meeting in Lausanne, Switzerland. It was the culmination of an effort to shore up the process of awarding Olympic Games as many cities around the globe have dropped out in the face of soaring costs.

“Ensuring the stability of the Olympic Games for 11 years is something extraordinary,” IOC President Thomas Bach said at a press conference with Los Angeles Mayor Eric Garcetti and Paris Mayor Anne Hidalgo. “That is why we say this is a great day for the Olympic Games and the Olympic Movement, and it’s a great day also for these two great Olympic cities.”

While the IOC board did not recommend which city will get the Summer Games in which year, Paris officials have repeatedly said they would not be willing to host the Games in 2028, while Mayor Garcetti has said his city would be willing to do so. So, barring further unexpected developments, Los Angeles would be awarded the 2028 Summer Games.

LA 2024, the Olympic bid committee, issued a statement in response to the vote:

“We’re thrilled with the IOC’s decision today, which is a major step forward in making LA’s Olympic dream a reality ... We look forward to working with the IOC and Paris in the weeks ahead to turn this golden opportunity into a golden future together.”

L.A.’s $5.3 billion bid, which relies heavily on private funding, requires the construction of only one temporary venue – for rowing events. Bid committee officials last year ditched a $1 billion-plus plan to build a new Olympic Village and instead use existing dormitories and housing at UCLA.

L.A.’s reliance on existing venues and its comparatively slimmed down budget – previous Olympic Games have run up tabs into the tens of billions of dollars – has made it an especially attractive bid as other cities and countries have shied away because of the costs.

The Wall Street Journal reported in May that in exchange for agreeing to wait until 2028, the IOC would give Los Angeles funding for youth sports programs and some financial assistance to defray the costs of maintaining an Olympic host committee for an additional four years.