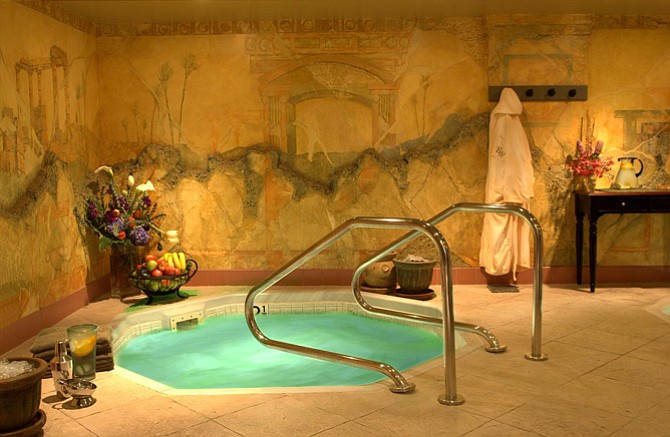 The Westwood-based private investment firm declined to disclose details of the deals, which were announced last week, but co-founder and Managing Partner Kacy Rozelle said St. Cloud does not take equity stakes in companies and prefers to lend capital to midmarket outfits with a specific growth goal. The firm typically lends between $5 million and $20 million to companies that have revenue between $10 million and $150 million.

“We are endeavoring to help grow and expand the Burke Williams brand both through the company’s current facilities and also through new facilities in new markets,” Rozelle said.

“Partnering with St. Cloud allows us to focus on growing our business and leveraging the premium brand that we have built,” Armour said. “St. Cloud has shown us their ability to creatively and constructively present financing solutions for the company.”

St. Cloud also invested in software company gen-E and data analytics and marketing firm Restoration Media, both of which are based in Irvine.

Rozelle said the three investments were staggered over the course of the last six months or so.

“We’re generalists in our approach, opportunistic and intentionally not searching out niches,” he said. “We see so many possible transactions that we try to do a quick screen and then dig deeper if we like what we see. Ultimately, we want to do business with smart, hard-working, honest partners and help them grow.”

The three deals were made out of St. Cloud’s third fund, a $250 million vehicle that closed in December 2015. The firm has made 11 investments out of the fund so far, Rozelle said. St. Cloud has made 59 investments since 2002. The firm was co-founded by Rozelle and St. Cloud’s two other managing partners, Benjamin Hom and Robert Lautz, in 2001.

Rozelle said that while the firm doesn’t have a specific focus on L.A. and Southern California companies, St. Cloud’s relationships allows it to examine a lot of deal flow emanating from the region.

“We’re a group that’s been together in L.A. for 16 years and while we don’t specifically look for deals here, we are committed to L.A. and SoCal and helping it grow,” he said.

Ocular makes a camera device – called Dax – that records and helps police officers facilitate drug-and-alcohol impairment tests during traffic stops. Ocular has sold the devices to more than 30 law enforcement agencies in the United States and Canada, including the Los Angeles Police Department.

“The dream is to have a Dax in every police car in the U.S.,” said Ocular Chief Executive Marcus Filipovich.

Ocular’s timing in getting to market was perfect, according to Filipovich, with many jurisdictions looking for more robust testing and evidence-gathering tools to help officers determine whether a driver is impaired by marijuana – the use of which is now legal in some form in 29 states.

“It’s really the right time to bring this product to market,” Filipovich said. “The technology is there and with legal marijuana and the opioid crisis, there’s a real need for it.”

He said the company has raised close to $1 million in total funds, including the latest cash infusion from Pasadena Angels, and is actively looking to raise its Series A round.

“Infrastructure is a strategic component of an allocation to real assets and we expect client demand for it will continue to increase,” Ferguson said in a statement. “The CBRE Caledon team has deep experience and a strong track record investing around the globe, so this acquisition is important in helping us meet our clients’ needs.”

CBRE’s quarterly report last week showed revenue growth rose during the first half of 2017 to $6.3 billion from about $6 billion during the same period last year – an increase of 4.4 percent.