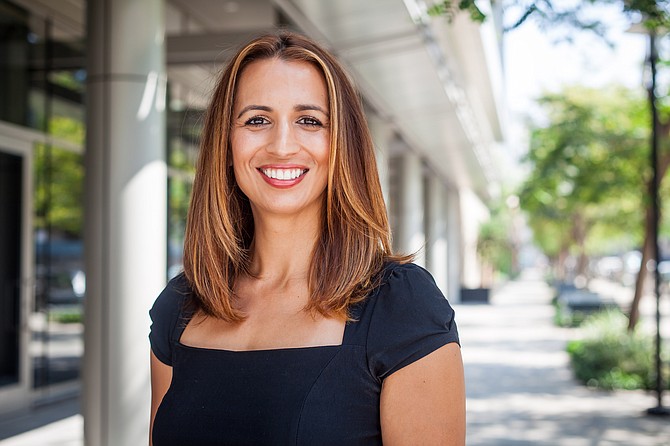 After a nationwide search, the Central City Association of Los Angeles found its new chief executive right next door.

“Jessica has been a strong champion for downtown and understands the importance of downtown to the region’s economy,” said Martha Saucedo, the CCA’s board chair. “She is a proven advocate for business, having revitalized the South Park BID and transformed the district into one of L.A.’s most desirable and sustainable neighborhoods.”

The Central City Association was founded in 1924 and represents more than 450 businesses, trade associations, and nonprofits, which together employ more than 350,000 people in downtown and throughout the county. Schatz, 69, had led the organization since 1995.

Lall, 32, officially takes over the chief executive post on Jan. 3, just after returning from her honeymoon. Her wedding takes place on Friday. She plans to transition into the job over the next several weeks.

In a brief phone interview, Lall said she plans to have the CCA do more outreach to residents moving into downtown apartments and condos, as well as boost cooperation with other downtown business groups.

“With all the dynamic changes taking place downtown, CCA is the one organization responsible for guiding the vision and coalition-building for all of downtown,” Lall said.

Lall spent four years at the South Park BID, where she expanded the district’s boundaries and launched a public art initiative, among other accomplishments. Prior to that, she served in City Hall as a senior policy director for former Mayor Antonio Villaraigosa, focusing on Hollywood, Koreatown, and downtown economic development. She also served as communications director for businessman/investor Austin Beutner while he served as deputy mayor during the Villaraigosa administration and when he briefly ran for mayor.

Lall is also a board member of Metro Charter Elementary School, the California Downtown Association and Coro Southern California.