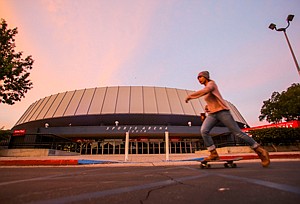 Business groups are targeting roughly a dozen key bills still remaining in Sacramento during the closing weeks of the legislative session.

Nine of the bills are on the California Chamber of Commerce’s “job killer” list, including a bill to extend the state’s cap-and-trade greenhouse gas emission reduction program; a series of bills to increase permitting costs for recycling, oil and gas facilities; and a bill eliminating the exemption for agricultural workers from daily overtime requirements.

Two of the state’s other major business groups have their own lists of bills. The California Manufacturers and Technology Association is opposing a bill to establish a heat illness standard for indoor workers and another bill that would allow state officials to add members to the South Coast Air Quality Management District’s governing board.

Meanwhile, the California chapter of the National Federation of Independent Business is opposing a bill requiring janitorial businesses to register with the state, pay a $500 fee and provide sexual harassment training. Also on the NFIB’s list is an expected bill requiring employers to provide 12 weeks of maternity and paternity leave for their workers.

“We are prepared to put forth every effort to protect small business in these final weeks,” said Tom Scott, director of NFIB-California.

The federation also warned of another perennial legislative threat: the “gut-and-amend” frenzy that takes place near the end of each session. Legislators take an innocuous bill, strip the existing language and insert new language, often from another bill that failed earlier in the session. The new bill then goes straight to the floor without committee hearings or votes, which critics say is a way to avoid public scrutiny. The NFIB expects a “gut and amend” procedure to revive the parental leave bill.

The Los Angeles City Council late last week was expected to discuss and likely vote to submit an application to the federal Housing and Urban Development Department for a $22.5 million loan to help finance the construction of part of a soccer stadium complex on the site of the old Sports Arena in Exposition Park.

The Los Angeles Football Club – led in part by entertainment and sports mogul Peter Guber with sports luminaries Earvin “Magic” Johnson and Mia Hamm Garciaparra on its ownership roster – has estimated the cost to build the 22,000-seat stadium at around $250 million.

Club and city officials said at the outset they would pursue government incentive programs to help defray some of that cost. Last year, the club submitted an application for a Section 108 loan from HUD. This loan program, which local governments apply for, is specifically for projects designed to generate economic development.

The loan would be to help finance construction, adjacent to the stadium, of a 70,000 square foot facility housing a team store, conference center, and food court.

The Los Angeles Football Club would be responsible for paying back the $22.5 million loan, presumably from ticket, TV, and other revenues the team generates.

Developer CIM Group received a $30 million Section 108 HUD loan to help remodel the then-Kodak Theatre at the Hollywood and Highland Center to host Cirque du Soleil’s “permanent” Hollywood show. That show folded after less than a year, forcing CIM to repay the city for the loan.

In April of last year, the EPA inspected Bachem’s manufacturing facility in Torrance and found, among other things, that the company failed to monitor and properly label storage tanks containing hazardous chemicals. Bachem agreed to pay a $22,376 penalty and spend $29,000 to assist in the Torrance Fire Department’s emergency planning and preparedness efforts.

The agency inspected Crosby & Overton’s hazardous waste treatment facility in Long Beach in August 2014, finding, among other things, that the company failed to safely store broken batteries, which contain corrosive hazardous waste. The company has since corrected the violations and agreed to pay a $78,570 penalty.