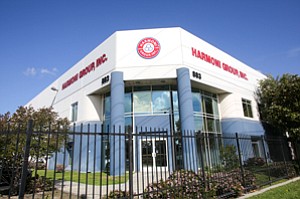 The U.S. headquarters of Harmoni International Spice Inc., the nation’s largest importer of garlic from China, stands amid a row of inconspicuous beige warehouses on the outskirts of City of Industry. But that drab exterior belies the drama playing out in Los Angeles, Washington, D.C., and China as competitors seek to overturn Harmoni’s longstanding place as the lone Chinese garlic importer to be exempted from American anti-dumping import tariffs.

If its coveted status is lost and Harmoni is forced to pay those duties, which could boost the cost of its imports by nearly 400 percent, the world of imported Chinese garlic could be thrown into disarray.

Underpinning the dispute are loopholes in the regulations governing the U.S.’ controversial, decades-long attempt to prevent cheap Chinese goods from undercutting domestic producers and manufacturers.

“The whole system certainly smells to high heaven,” said Bill Perry, a Seattle-based partner at Dorsey & Whitney who has spent four decades navigating international trade cases for clients on both sides of the Pacific.

The system of so-called anti-dumping tariffs in the garlic industry is controlled by a small number of actors and, typically, is very stable. But a request to review Harmoni’s business threatens to upend the industry.

The review process is intended to evaluate whether companies shipping garlic from China to the United States are selling it at below market rate or skirting tariff obligations. There are four importers, including Harmoni, that import garlic at tariff rates below the 376 percent cash deposit rate set by the U.S. government in 1994. That tariff effectively raises the price of garlic brought in from China by $4.71 a kilo, or a little more than $2 a pound, making it competitive with the cost of domestically grown garlic.

Though it could not be determined exactly how much garlic Harmoni brings into the United States each year, the importer and its competitors agree the Harmoni holds the largest share of that market. That position is directly tied to its exempt status, according to legal documents filed by rivals.

And that market advantage means big business for the company.

Americans consume more than 250,000 metric tons of garlic a year, about three-quarters of which is produced domestically, mostly in California’s Central Valley, where the root vegetable has become a huge source of income. The domestic garlic crop brought in nearly $280 million dollars last year, most of it from four large California producers.

Gilroy is the crop’s hub and home to industry heavyweight Christopher Ranch. But the city’s self-proclaimed title as the “Garlic Capital of the World” rings hollow lately. China, specifically the Henan and Shandong regions just south of Beijing, surpassed Gilroy and America’s total garlic production long ago. China is now by far the largest garlic grower in the world, producing about 20 million metric tons yearly and supplying the United States with almost a quarter of the garlic it consumes. That percentage would surely be higher but for the 1994 anti-dumping order.

Harmoni’s reprieve from the tariffs imposed by the order was approved in 2002 after it requested a “new shipper review” from the U.S. Department of Commerce. At first, the rate was conditional and only applied to fresh garlic both produced by Harmoni’s Chinese subsidiary, Zhengzhou Harmoni Spice Co. Ltd., and shipped by the company. After two more administrative reviews, however, Harmoni earned the right to ship garlic produced by anyone in China at the 0 percent rate and, critically, did not have to submit to any further reviews to keep that rate – unless domestic producers or the company itself requested an accounting from the Commerce Department.

The practical result is that Harmoni’s importation of Chinese garlic has not undergone any official government scrutiny since 2004.

Over the last decade, Harmoni’s absence from yearly Department of Commerce reviews has been facilitated by an unlikely ally.

The Fresh Garlic Producers Association is a trade group that represents the four largest U.S. garlic companies, including Christopher Ranch. It has used a quirk in the system to effectively prevent Harmoni from being included in the review process. While this seems counterintuitive – why would domestic companies help a Chinese competitor duck tariffs? – Christopher Ranch and other California producers actually buy and then resell Harmoni’s garlic.

“We have customers that specifically request Chinese garlic, and we purchase it from Harmoni and then sell it in their packaging,” Bill Christopher, the second-generation proprietor of the Christopher Ranch garlic business, said in an interview.

Christopher said his company has a solid business relationship with Harmoni and that, according to his knowledge, the company always follows import regulations. While legal opponents claim a review of Harmoni would show it is bringing underpriced garlic, Christopher disagreed. He said that if the company were reviewed, its duty rates would remain low and, due to Commerce Department regulations, would be incorporated into the yearly rates set for new Chinese shippers. This would enable the very same group of Harmoni competitors to skirt millions in upfront duties and flood the market with cheap product.

“If they include Harmoni in the review process, other Chinese shippers who don’t follow the rules will benefit from Harmoni’s good behavior,” Christopher said. “It would upset the garlic market tremendously.”

In filings made last month intended to prevent a review of Harmoni by the Commerce Department, lawyers for the FGPA and the company redacted the names of individuals, entities, and sometimes entire pages of documents because disclosure “would place the declarants and their families at personal risk, from both an economic standpoint as well as their physical safety.”

The alleged danger comes from what is called the Chinese Garlic Association, which, according to court documents, consists of other Chinese garlic import companies. Robert Theodore (Ted) Hume, the group’s El Prado, N.M., attorney, is portrayed as the mastermind behind a vast conspiracy to undermine Harmoni and flood the U.S. market with Chinese garlic from companies under the control of three Chinese businessmen and their allies.

Court documents filed by Harmoni allege the plot began in November 2014, when Hume initially requested a review of the company on behalf of Stanley Crawford, a New Mexico garlic producer who operates a small farm. This review was scheduled to go forward until it was suddenly withdrawn in March of last year, weeks before the Commerce Department was scheduled to rule on Harmoni’s inclusion. Court documents describe the review request and subsequent withdrawal as an attempt to coerce Harmoni to import garlic produced by the Chinese Garlic Association.

Other allegations leveled against the Chinese garlic group include claims it attempted to extort $32 million from Harmoni and Christopher Ranch and that forged documents from China were submitted to the Department of Commerce by Hume as part of his attempt to initiate a review of Harmoni.

Harmoni and its affiliates are run by three brothers, including Frank Zhou, the U.S.-based chief executive, and Rick Zhou, who is listed on the company’s incorporation papers.

The U.S. Department of Commerce uses comparative analysis metrics to evaluate industries in countries that are deemed “non-market economies” (NMEs), most notable of which is China. The department’s International Trade Administration division determines if goods from an NME country are sold at below-market value and if their importation could harm a U.S. industry.

Those calculations are then used to determine base tariff rates – such as Chinese garlic’s 376 percent rate.

The commission makes annual rate adjustments for companies from NMEs when those companies request a review or have been put up for review by a domestic producer or group of producers. The Commerce Department cannot initiate a review of a company.

This system, lawyers say, is ripe to be gamed or, as if often the case, flaunted outright.

Chinese import-export businesses are notoriously adept at circumventing trade restrictions. A report delivered to Congress in the fall by officials from U.S Customs and Border Protection showed a total of approximately $2 billion in unpaid duties, of which $1.7 billion were directly related to five Chinese import industries.

The biggest offender? Chinese garlic with $506 million in unpaid deposits.

Calls to the company seeking comment were not returned.

Bruce Mitchell, an attorney at Grunfeld Desiderio Lebowitz Silverman & Klestadt in New York representing Harmoni in the trade dispute at the Department of Commerce, said he is limited in what he can disclose.

“It’s not that we’re trying to hide anything,” Mitchell said. “But we don’t want to compromise any administrative investigation or any other law enforcement investigation going on.”

“If you create a game, the Chinese are going to play it,” said Perry, the trade attorney.

And so will American companies who do business with Chinese entities, according to Perry and Hume.

Because anti-dumping tariffs and the review system associated with them can be gamed to exclude certain Chinese importers – such as Harmoni in the garlic industry – domestic companies can pick an importer; help it gain a favorable tariff rate; and then use it to bring in cheap products, which the domestic industry purchases and resells at great profit.

“It happens in many, many, many cases,” Perry said. “Domestic industries pick a preferred importer and then, to get a rate they want, the industry doesn’t fight during the review process and (the chosen company) gets a 0 percent rate.”

Hume, who has represented dozens of Chinese garlic importers, said the same thing.

“The reality is you can game the system,” he said.

With garlic, the issue is particularly acute because of the consolidated nature of the industry. With more than 97 percent of domestic garlic produced in California – the vast majority of it grown, packed, and shipped by Christopher Ranch and the members of the FGPA – there exists almost no competitor to challenge the profitable arrangement. Even the government can’t step in because the particulars of the process only allow for domestic producers and import companies themselves to request a review.

This is where Crawford, the New Mexico garlic grower – who has been joined by another New Mexico farmer, Avrum Katz – come in. Because they are domestic producers, albeit small ones, Hume argues they have standing to request a review of Harmoni. While the review initiated in 2014 was withdrawn, a second review request is pending at the Commerce Department. That request, filed in November, is the catalyst for the tidal wave of legal proceedings, including a civil Racketeering Influenced and Corrupt Organizations Act case in federal court in Los Angeles that targets 21 individuals and companies, among them Crawford, Katz, Hume, and members of the so-called Chinese Garlic Association.

The Commerce Department was scheduled to rule this week on whether Harmoni’s review should proceed, but the commission in charge decided to extend the deadline to May 11 in light of voluminous records submitted by the parties and the allegation of fraud brought by Harmoni and the FGPA.