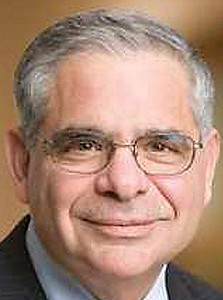 Love him or not, former Occidental Petroleum Corp. Chief Executive Ray Irani greatly expanded the Westwood company’s reach into foreign markets and kept his hold on them for two decades despite all the international turmoil.

But now, just weeks after Irani was forced out of the company for good, his successor, Chief Executive Stephen Chazen, is getting ready to break it up.

Chazen intends to present plans to Occidental’s board later this summer to sell or spin off the company’s international operations and then possibly get rid of major chunks of its U.S. oil and gas fields. The plans are designed to boost the company’s lagging share price.

“For the first time in his two-year tenure as Occidental’s CEO, Chazen now has the full powers of a chief executive,” said Pavel Molchanov, analyst in the Houston office of Raymond James & Associates of St. Petersburg, Fla. “We are getting the clear sense that he is thinking in big, bold strokes about how he can put his mark on the organization.”

The first step for the Westwood oil giant, Chazen told the analysts at a closed-door luncheon in late May hosted by UBS Securities, would be to sell portions of its oil and gas operations in the Middle East and Latin America or spin off all its international operations into a separate company.

According to analyst Fadel Gheit of Oppenheimer & Co. in New York, who was at that closed-door meeting, if splitting off international operations doesn’t boost shareholder value enough, the company would look at selling or spinning off its oil and gas assets in California and the Rocky Mountains-North Plains region.

Finally, if the share price still lags, Occidental could sell or spin off its assets in the Permian Basin region of eastern New Mexico and west Texas. If the breakup goes that far – which is seen as unlikely – the only Occidental operations left would be its chemical and pipeline businesses.

“The objective is to create value for shareholders, even at the expense of breaking up the company,” Gheit said.

Chazen declined to discuss the plans with the Business Journal.

Melissa Schoeb, Occidental spokeswoman, said in an email statement: “We are always looking for ways to improve returns to our shareholders. But nothing has been decided.”

Driving Chazen’s plan is the prolonged weakness in Occidental’s share price. Since reaching a peak of $115 a share in May 2011 when he became chief executive, the share price of L.A.’s third-biggest company tumbled more than 30 percent to a closing price March 6 of $81 a share before rebounding to about $89 last week. Occidental’s shares rose 15 percent over the past year while its peers rose an average of 30 percent, according to Bloomberg research.

A major factor behind Occidental’s weak market performance is investor unease over the company’s operations in the Middle East. Since the Arab Spring revolts in 2011, doing business in North Africa and the Middle East has become riskier; existing oil fields have come under attack and deals for new drilling are more difficult.

But the Middle East has long been volatile. During his 20 years at the helm of Occidental, Irani, who was born in Lebanon, was able to navigate the region with considerable skill. He personally visited the region several times; in fact, one former Occidental spokesman said Irani served as the company’s Middle East oil specialist.

Occidental first moved into the global oil market under former Chief Executive Armand Hammer. When he became CEO in 1990, Irani expanded the company’s international presence, using his extensive contacts to secure and maintain lucrative contracts throughout the Middle East. A case in point: Occidental was the first major Western oil company to get back into Libya after the late Moammar Kadafi softened his stance on dealing with the West.

But now that the company doesn’t have Irani, Occidental’s foreign holdings are making some stockholders squirm.

Analyst Molchanov said in a May research note that splitting off Occidental’s international operations would appeal to many investors.

“There is a substantial set of energy investors who are simply not comfortable with companies that have substantial assets overseas,” he said.

Irani was forced to relinquish the chief executive post amid pressure from major institutional shareholders upset over his lavish compensation. Chazen took over as chief executive in May 2011. Irani became executive chairman and retained some control of international operations.

Chazen focused on boosting domestic production, especially in older oil fields in California’s Central Valley. This shift coincided with the boom in hydraulic fracturing, known as fracking, and other technologies that have in recent years opened up mature oil fields for further drilling.

But Occidental’s expenses mounted as that oil proved more difficult to extract and permitting delays arose. That, along with the increasing risk to international operations from geopolitical unrest, caused investors to sour on the company. Earlier this year, Irani, who was reportedly upset over the declining stock price, mounted an attempt to oust Chazen. The move backfired and Irani was voted off the board May 3. (Occidental’s share price shot up nearly 10 percent the next day.)

It was a significant change. Because Irani still had some control over the international operations he limited Chazen’s ability to maneuver.

Now that Chazen has full rein, he has to move quickly. As part of the flap over Irani’s bid to oust Chazen, the board voted to end Chazen’s tenure as chief executive in December of next year, just 18 months from now. The board is conducting a search for his successor.

First in Chazen’s sights: the international business, Irani’s legacy. According to Gheit and press accounts of the closed-door meeting with analysts, Chazen said he’s looking at either selling portions of the international business or spinning off the entire business into a separate publicly traded entity. Occidental has operations in production or under development in the South American nations of Colombia and Bolivia, and the Arab nations of Libya, Iraq, Qatar, United Arab Emirates, Oman and Yemen.

Gheit said that host governments would likely block any sale of Occidental assets except to nationalized oil companies there or sovereign funds. That makes it more likely that the company would go for a spinoff of its international operation rather than a sale of its assets.

“Occidental believes selling a stake in a separate holding company of its international assets is much easier than selling assets in individual companies,” Gheit said in a May 31 note to investors.

Under a spinoff, Occidental could issue an IPO for a new publicly traded company, using proceeds from the offering to buy back shares in Occidental stock. Gheit said such an offering could generate $20 billion for the company.

Whether Occidental would sell the assets or issue an IPO, Gheit said the key would be how investors react. The company could halt the restructuring at any point where investors drive up the share price in line with peer companies.

But, Gheit said Chazen stated that if Occidental’s stock still lags its peers, the next step would likely be to sell or spin off assets in California and the “midcontinent” states of North Dakota, Colorado, Kansas and Oklahoma.

“Here, it’s more likely there would be bidders for Occidental’s operations, especially in California,” Gheit said.

He noted that Chevron Corp. of San Ramon was already a major player in California and has the financial resources to bid on Occidental’s operations, the biggest of which is in the Elk Hills area near Bakersfield.

However, he said Chazen indicated if the bids were not sufficient for the California and midcontinent assets, “he could IPO them,” too, in another spinoff.

If both the international operations and the California-midcontinent assets were spun off or sold, that would leave Occidental’s holdings in the Permian Basin of eastern New Mexico and west Texas as the company’s remaining major assets. (Occidental also has a chemicals segment that produces vinyls and other industrial chemicals and some midstream assets such as pipelines.)

Gheit said Chazen indicated he might even be willing to sell off or spin off the Permian Basin assets, but only as a way to further boost shareholder value.