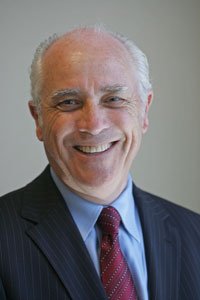 Developers in Los Angeles could get a break from a proposed city ordinance that would extend and streamline entitlement and permit approvals.

The ordinance, set to go before the Los Angeles City Council next month, is part of a broader effort to make the city more friendly to developers.

A main provision of the ordinance would synchronize expiration dates of permits. Currently, different permits are valid for different time durations. This forces developers to spend time and money renewing permits and can jeopardize financing if permits have expired.

Developers welcomed the proposal, saying it would save them time and money, and remove one of the barriers to building projects in Los Angeles.

“For us, the current system is a big nuisance because we have to spend time and pay legal fees to renew entitlements that are already in place,” said Ken Kahan, principal with California Landmark Development in Los Angeles.

The other main provision would extend recent permit approvals, allowing developers to restart projects that were stalled by the recession without having to spend months going back through the entitlement process.

“This is going to allow a significant number of projects throughout the city to come back to life now,” said Edgar Khalatian, a land-use attorney at Paul Hastings LLP in downtown Los Angeles who represents developers of major projects and consulted with city administrators during the crafting of the proposal.

Los Angeles Mayor Antonio Villaraigosa said that restarting some of these projects would help put people back to work.

Developers have long complained about the city’s permit process, saying it’s too complex and overly stringent. During Villaraigosa’s first term, the city launched an ambitious effort to reduce the number of agencies needed to approve project permits from as many as 12 to only two. That plan collapsed amid bureaucratic turf battles. Instead, Austin Beutner – then Villaraigosa’s jobs czar and now a mayoral candidate – brought in consultants who proposed a sweeping overhaul, including updating the city’s zoning codes, redoing community plans and investing in new technology. The Mayor’s Office also began assigning a case manager to each big project.

The proposed ordinance was prompted by complaints from developers and their attorneys about the staggered expiration dates for project entitlements and permits. Currently, a zoning variance entitlement for a project might last for six years, but a site plan permit for the same project might only be good for three years and a permit for a site adjustment – such as moving a fence two feet further away from a structure – might be good for two years.

With major and even some midsize projects requiring several permits, this hodgepodge of expiration dates for the permits means developers often have to spend months or years just renewing permits.

“People have lost their project approvals because one part of the entitlements expired before other parts did,” said Benjamin Reznik, land-use attorney with Jeffer Mangels Butler & Mitchell LLP in Century City. “They have to restart the process for that part of the project with new filing fees that are now much more expensive, a new environmental impact analysis and then a public hearing.”

Reznik said most other cities he deals with have unified permit expirations so that developers don’t have to go through all this.

What’s more, project financing now hinges more than ever on having all the entitlements lined up.

“Several of my clients had situations in which they were denied financing because of a single expired or about to expire entitlement, even though all the other entitlements were in place,” said Dale Goldsmith, one of the founding partners of Armbruster Goldsmith & Delvac LLC in Santa Monica.

Goldsmith said one of his clients – a developer trying to upgrade a Miracle Mile landmark building – had a financing package fall through because a single site adjustment permit for a side yard had expired. The developer spent nearly six months getting the permit renewed, only to have a neighbor file an appeal opposing the project.

“There was no opposition when that side yard permit was initially granted, but then, when it expired, this neighbor got a second bite at the apple,” Goldsmith said.

The city ultimately renewed the permit and the financing came through, but only after a delay of more than a year.

So far, this proposed ordinance has not generated significant opposition from homeowner and community groups.

“Forcing a developer to come back again and again for something that’s already been approved is a burden not only for the developer, but for the community,” said Sandy Brown, president of the Holmby-Westwood Property Owners Association. “This appears to be a reasonable proposal.”

Brown was concerned, however, that developers could squeeze other changes into the ordinance, such as easing environmental requirements.

Developers such as Kahan see the ordinance as a solution to a range of aggravating problems. As an example, he said he purchased a property in Hollywood from another developer who couldn’t secure financing for a condominium project because of one permit that had to be renewed.

“That other developer just gave up and sold the property; it took us another seven or eight months just to get that single permit,” he said.

Preventing such needlessly tangled situations was the purpose of the ordinance, according to Matt Karatz, deputy mayor for the Los Angeles Office of Economic and Business Policy.

“This ordinance will make it considerably easier for developers to keep their projects entitled and eliminate the time and expense of securing multiple extensions,” Karatz said.