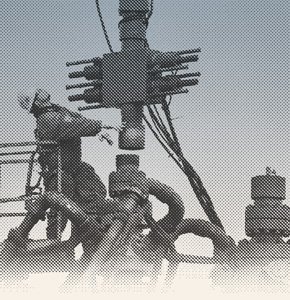 Occidental Petroleum Corp. has often run into political problems when drilling in such places as Libya and Ecuador. Now, as Occidental focuses more on its home turf, it faces a new political risk: environmental challenges over the “fracking” technology it uses to extract oil and natural gas.

Two environmental groups sued the federal government last month seeking to delay leases of 2,500 acres of federal land in California’s Central Valley to three oil companies, including 200 acres to an Occidental subsidiary. The groups want the government to conduct more thorough reviews of the effects of fracking before it proceeds with the leases.

As Occidental expands domestic drilling operations, particularly at its major new oil find in Kern County, the groups have made it clear that they may continue to sue and push for government regulation that limits the use or substantially raises the cost of fracking.

“If new regulations make fracking uneconomic – even at current oil prices – this would obviously damage unconventional drilling activity, such as the shale drilling that Oxy is doing on parts of its California acreage,” said Pavel Molchanov, analyst with Raymond James & Associates Inc. of St. Petersburg, Fla.

In hydraulic fracturing – or fracking as it’s commonly known – a mixture of water, sand and various trace chemicals is shot into rock formations at intensely high pressure. The new cracks in the rock, held open by sand, allow oil or gas to flow out to the well. The technology has been around for decades, but its use has spread in the United States in recent years, allowing companies to extract previously inaccessible oil and natural gas.

The downside of fracking is that the chemicals can contaminate nearby groundwater supplies. In recent years, environmental groups have stepped up their campaign to limit fracking. The issue also has received more publicity, especially with last year’s HBO documentary “Gasland.”

“This process is dangerous and should not be allowed to go forward in California without a thorough environmental review of its effects on the area,” said Jason Pitt, spokesman for the Sierra Club’s Natural Gas Reform Campaign. The Sierra Club is one of the environmental groups that filed the lawsuit to delay the federal leases in the Central Valley; the other is the Center for Biological Diversity.

Analyst Molchanov said December’s lawsuit isn’t expected to block the company’s activity or threaten its plans. However, the suit could be the first in a series.

Unconventional drilling methods, including fracking, account for less than half of Occidental’s activity. How badly would Occidental be hurt if fracking were limited or banned? Immediately, not so much, but any reduction of fracking could stunt the company’s growth.

“What I think is safe to say is that the percentage (of Occidental’s revenue from fracking) has increased over time, and will continue to increase,” Molchanov said.

Occidental grew in past years by exploiting oil and gas fields in countries that pose political challenges, such as Ecuador and Libya. In Ecuador, the government seized Occidental’s oil fields in 2006 after a dispute over contract terms. In Libya, production was interrupted during the revolution that ultimately ousted Moammar Kadafi last year. In light of the problems encountered abroad, the company has increased activity in the United States, especially California.

Two years ago, Occidental announced a major oil find in the Elk Hills oil field in western Kern County north of Los Angeles; it’s expected that Occidental will employ fracking technology to extract at least some of the oil and natural gas from that find.

According to information on a website established by major U.S. oil companies, Occidental uses fracking technology in two major clusters of wells in Kern County: one west of Buttonwillow and the other near Shafter. It also uses the technology in a series of wells on an artificial island off the coast of Long Beach and in a single well in West Ventura County.

Occidental also uses fracking technology in some of its drilling operations outside of California, especially in the West Texas Permian basin.

The website also provides some details of the substances and chemicals used in the hydraulic fracturing process at each well. For example, at its West Ventura well, the substance injected at high pressure into rock formations consists mostly of water and sand but 1 percent phenol formaldehyde resin and trace concentrations of other chemicals such as hydrochloric acid and methanol.

In an e-mail response to a Business Journal inquiry about its use of fracking technology, Occidental spokeswoman Melissa Schoeb said: “Hydraulic fracturing has been used safely and effectively in our operations by specialized service companies for many years. It is a safe and proven technology used by the oil and gas industry for more than 60 years in more than a million wells. The process is important to our oil and natural gas production, and we plan to continue safely using it in our operations.”

Schoeb said that because Occidental was not a direct party to the lawsuit involving the federal leases in Central California, the company had no comment. She referred further inquiries about fracking to the Western States Petroleum Association, of which Occidental is a member.

“Everything from the handling of chemicals and water on the surface, the design of the well bore where it passes through groundwater supplies, the disposal of water produced during drilling operations or used in hydraulic fracturing operations, to the closing and abandonment of wells no longer in use is regulated and monitored,” said Hull.

But environmental groups, including the Sierra Club, say more disclosure of the chemicals used in fracking is required and that ultimately, additional restrictions on fracking will be needed.

The Sierra Club’s Pitt added that the type of drilling Occidental and other companies have proposed in California “is still only a few years old and lacks many important safeguards.”