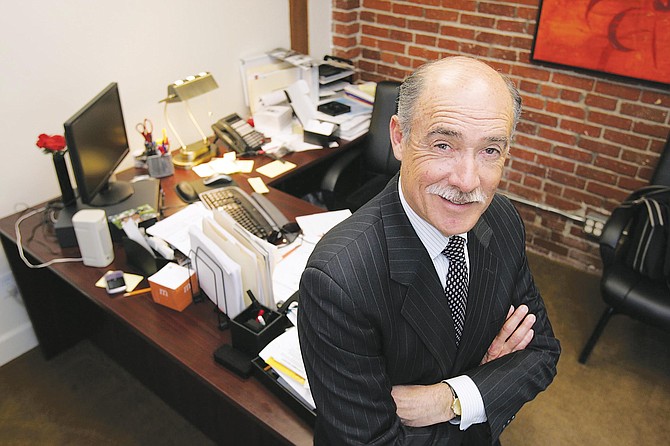 For years, businesses have been watching Sacramento’s political gridlock and antibusiness legislation with increasing alarm. But now, many business groups think that passage of Proposition 14, an initiative to create open primaries, would be a crucial step in solving the problem.

Supporters believe the June ballot measure would make the state more business-friendly by creating a warmer climate for moderate candidates – the kind who would favor job creation above ideology.

Proposition 14 would change the way the state conducts primary elections for congressional, legislative and statewide offices. Instead of having voters in each political party choose their candidates in primary elections, voters could pull the lever for anyone in the entire field of candidates regardless of party affiliation. The top two vote-getters in the primary election would face each other in the general election.

The vast majority of business groups in the state and in Los Angeles County, including the Los Angeles Area Chamber of Commerce, strongly support the proposition, saying that open primaries would result in more centrist candidates, and presumably more business-friendly ones, getting elected to the Legislature.

“Open primaries would do a tremendous amount for the business climate: Pragmatists realize that economic development helps everybody,” said Fleming, who is also of counsel at downtown L.A. corporate law firm Latham & Watkins LLP. “We would get far more economic development under an open primary system than with what we have today: the far left with their unions and the far right, which votes against almost everything.”

Of course, not all businesses agree.

A handful of chambers of commerce in southeastern Los Angeles County oppose Proposition 14, saying that it would restrict choices in general elections, when more people cast ballots.

“It would give voters less choice if they only had two Democrats or two Republicans to choose from in a general election,” said Renee White-Stoeckle, chair of the Regional Chamber Alliance, which consists of the chambers of La Mirada, Norwalk, Pico Rivera, Santa Fe Springs and Whittier.

For example, White-Stoeckle said that the open primary system, in certain districts that are Democratic Party strongholds, may result in two candidates who are unfriendly to business as the only choices in a general election.

Also opposing the measure are the state Democratic and Republican parties, which have successfully challenged previous attempts to set up open primaries in California. They claim the system would usurp their roles.

Open primaries were adopted in the 1990s, but only lasted one election cycle before the system was thrown out by the courts.

Proposition 14 made it on the June ballot as the result of a political compromise last year. Then-state Sen. Abel Maldonado, R-San Luis Obispo, insisted the Legislature place an open primary measure on the ballot in exchange for his vote to break a budget deadlock. A political moderate, Maldonado said open primaries would allow more candidates like him to get elected. Maldonado was sworn in as lieutenant governor last week.

In a bid to overcome the probable legal challenges this time around, proponents modeled the measure on one recently enacted in Washington state that was upheld by the U.S. Supreme Court.

In Washington state, all candidates seeking an elected office appear on a single primary ballot. The top two vote-getters – regardless of political party affiliation – move on to the general election. That’s different from what happened in California in the 1990s. Then, voters were allowed to choose from any candidates on primary ballots, but the top candidates from each party went on to the general election. The Washington system is closer to what happens in California at the local level for nonpartisan offices such as City Council or mayor.

Changing the state’s primary system is one of several measures the business community has backed to reform the state’s dysfunctional government.

Last month, the chamber and the Los Angeles County Federation of Labor succeeded in getting changes to term limit law on the November ballot.

In recent years in American politics, of course, each party’s base has grown and hardened. That means that candidates generally must appeal to the far left or the far right to secure their party’s primary nomination.

The business groups that back Proposition 14 said that under the open primary system, candidates can focus on issues of concern to the political mainstream.

“Ideological candidates that are too far to either the left or the right are not good for improving the business climate in California,” said Gino DiCaro, spokesman for the California Manufacturers and Technology Association, which supports Proposition 14.

“Compromise is necessary to reach some productive economic goals. Legislators now are making decisions based on party leadership as opposed to the common goals of Californians.”

Some businesses have a much more concrete stake in legislation coming out of Sacramento. Take Los Angeles-based Cordoba Corp., a minority-owned civil engineering company that does a lot of work on major infrastructure projects.

Gastelum, who five years ago served as interim chief executive of the Los Angeles Area Chamber of Commerce, cited the example of a recently passed water bond measure to show the importance of centrist, nonideological legislators.

Many lawmakers weren’t interested in the water bond, Gastelum said, because it didn’t fall within traditional Democratic Party ideologies of labor, poverty or immigration. It was tough to find support for the bond as a result.

“We briefed the Latino caucus on the importance of getting the water bond passed,” he said. “In that briefing were several centrist legislators who were then able to convince their more partisan colleagues that this was important. Centrist legislators like these are far and few between right now; we want to see more of these come out of the open primary process.”

Other business groups are supporting Proposition 14 because they want to see a reduction in what they regard as burdensome regulations imposed by Democratic lawmakers beholden to unions or other special interest groups.

“The Legislature is not responsive to private-sector job creation, but they are responsive to tax increases put forward by public-sector unions,” said Allan Zaremberg, president of the California Chamber of Commerce. “Under an open primary, we think there is a greater likelihood of a candidate moving on to the general election where private-sector job creation is an important issue to them.”

Business proponents said that’s the key point: making job creation a central issue in both the primary and the general election campaigns.

“An open primary will put pro-jobs candidates up against anti-job-creating candidates in the same primary election. It will no longer be about Democrats versus Democrats and Republicans versus Republicans,” said Randy Gordon, chief executive of the Long Beach Area Chamber of Commerce. “The elections will now be about those who want to push our state back and those that want to move it forward in terms of creating jobs.”