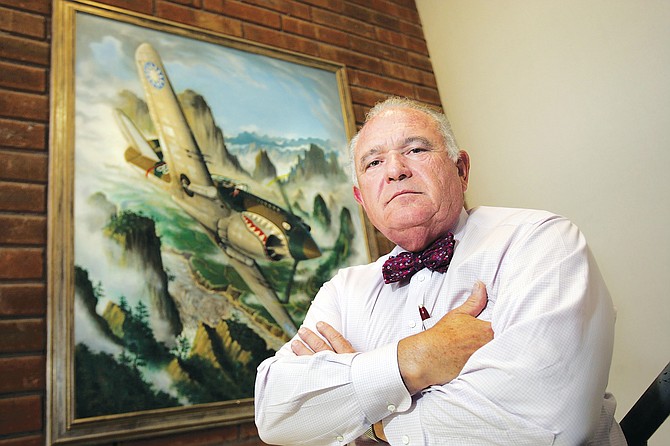 They fear that in order to meet pension obligations, state and local governments will go after companies’ pocketbooks, slash government contracts for business, and cut back on services that businesses need or that keep the state and city safe.

Business groups are backing Gov. Arnold Schwarzenegger’s plan to reform the state’s pension systems. In addition, they are prodding officials in Los Angeles and other cities to reform their pension plans, even threatening ballot initiatives should these officials fail to act.

Public employee unions and pension officials said the concerns of business are overblown and that pension obligations pose less of a risk than critics suggest.

But Toebben said the stakes are high for business.

“Businesses realize that with each passing year, government deficits get larger because of retiree pension and health contributions,” he said. “That leaves two options: cutting services that businesses rely on, or going after businesses for more fees and taxes.”

A recent Stanford University study showed the state’s unfunded pension liability had climbed to more than $550 billion. That’s up from $450 billion just two years ago, before the state’s three main pension funds were hit with more than $100 billion in losses in the 2008-09 market meltdown.

Business leaders also cite recent losses in pension fund investment portfolios as cause for alarm. In 2008-09, for example, the state’s largest pension fund, the California Public Employees’ Retirement System, or Calpers, lost 23.4 percent of its value. (Some of that was made up in the 2009-10 fiscal year, when a market rally resulted in an investment portfolio gain of 11.4 percent.)

One of the most outspoken local business leaders on the issue is David Fleming, founding chairman of the Los Angeles County Business Federation and of counsel with the downtown L.A. law firm Latham & Watkins LLP. He blames the public employee unions for creating an unsustainable pension system and then pushing for taxes on businesses to help pay for it.

“It’s no secret that the lavish public pensions engineered by the public employee unions are bringing local governments to the precipice of bankruptcy,” he said. “Those same unions are urging big tax increases on business to pay the bill.”

Over the next four years, the city of L.A.’s annual contributions to its three pension funds are projected to rise 85 percent, from the 2010 level of $653 million to $1.21 billion, according to the city’s most recent budget forecast.

That $1.21 billion figure is one-fourth of general fund revenues and more than 40 percent of payroll.

This rise in pension obligations is a major factor in the projected 2013-14 budget deficit of $515 million.

Part of the problem results from pension recipients getting more money. The average annual pension for a retired L.A. civilian worker in 2009 was $40,000, up 54 percent from 2004. The average pension for a retired police officer or firefighter was $53,000 in 2009, up 29 percent from 2004. The figures come from separate pension analyses by the Los Angeles Daily News and Los Angeles Times.

Toebben said that if the city does not take steps to rein in pensions, the private sector will push for a ballot initiative in 2011 or 2012.

In Long Beach, the business community is already supporting a proposed ballot measure designed to control pension costs. The local City Council is scheduled at this week’s meeting to consider proposals for the measure.

A central cause of the state’s pension debacle was a 1999 law signed by Gov. Gray Davis that liberalized retirement benefits for state workers, and served as a model for many cities, counties and school districts.

The law boosted pension benefits in several ways. It increased dollar amounts by changing formulas, and benchmarked benefits against the last year of employment instead of the last three years. The latter allowed “spiking” – workers loading up overtime and raises in their last year in order to maximize pensions. It also lowered retirement eligibility from 55 to 50 for police and firefighters,

Business leaders said that they don’t intend to gut public employee pensions. Rather, they want to see future obligations brought under control by reducing pension payouts for new hires and increasing public employee cash contributions to their retirement plans, among other things.

“We’re not saying you go back and take away people’s benefits,” said Joe Czyzyk, chief executive of L.A.-based Mercury Air Group, an air services company. “But you have to draw a line in the sand somewhere. At least let’s look to the future so that the pension contributions don’t overwhelm everything else.”

Czyzyk and other business executives said that they are already seeing some indirect effects of the pension crisis.

“My cost of doing business in Los Angeles has gone up,” Czyzyk said. “Rents at the airport are going up. Our DWP rates are going up. And much of this is happening because pension costs are going up and the city needs to backfill its budget.”

Another effect, pension critics said, is that government agencies, desperate to save money, are cutting contracts with private companies. Earlier this year, Los Angeles asked contractors to voluntarily cut their bills 10 percent.

“If you do business with the city of Los Angeles, much of the work you have now will disappear,” Alex Rubalcava, an investment adviser, told the Business Journal last week. “It’s already begun with the asking of 10 percent cutbacks in contractors. That’s chapter one of a 20-chapter book.”

“If I’m having these issues now with my business, based on all the projections I see about pension obligations, the state budget crisis will only get worse over time and my issues will only get worse, even if the economy itself improves,” said Planning Co. owner David Grannis.

In Long Beach, private sector employers are concerned about new fees on business and cutbacks in city services in part to meet increasing pension payouts.

Ten years ago, the city, along with many local governments, didn’t make any pension contributions to Calpers, due to the fund’s huge portfolio gains in the late 1990s. By 2005, though, Long Beach had to pay $48 million into Calpers. Since then, its contribution has increased an average of 9 percent per year, reaching a projected $71 million for the current 2010-11 fiscal year.

But, according to the city’s estimates, the huge loss at Calpers in 2008-09 means Long Beach will have to pay $95 million to Calpers by 2013, about 17 percent of its general fund. In part to offset these payouts, the city has made budget cuts totaling $163 million over the last six years and faces an additional $19 million budget deficit for the 2011 fiscal year beginning Oct. 1.

“We’re extremely concerned that each time business license fees are raised, or new fees come on board – like a new hazardous waste disposal fee that took effect earlier this year, or parking meter rates go up – that affects our bottom line,” said Hilda Sanchez, owner of Minuteman Press in Long Beach. “A big reason the city has to take these actions is because they have to spend more each year paying out pension benefits.”

Sanchez said that she is also seeing the effects of cutbacks in services. For example, the city removes graffiti from walls near her business less frequently.

They claim that local and state pension systems, while they could use some tweaks, are essentially sound and they promise to fight what they term as attempts to gut public employee pensions.

“There are a lot of scare tactics being put out there right now,” said Cheryl Parisi, executive director of Local 36 of the American Federation of State, County and Municipal Employees and chairwoman of a coalition of L.A. city unions.

Some pension officials agreed. They acknowledged that public pension obligations have increased, but see the increase as moderate over time and not posing a threat to fiscal stability.

“Our belief is that pension obligations, while they have increased, are not going to crowd out other services or force new taxes,” said Brad Pacheco, spokesman for Calpers.

Sanchez said big public sector pensions hurt in intangible ways, too: It saps the morale of workers at companies.

“When my employees read about the benefits that Long Beach city employees get, they realize they don’t have anywhere near those kinds of benefits,” she said. “It affects their morale.”