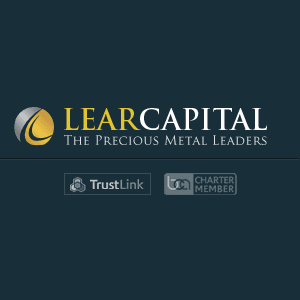 The lawsuit, filed Monday, alleged that Lear Capital charged its customers fees as high as 33% – higher than other coin dealers – while quoting lower fees in sales pitches conducted over the phone. Lear Capital did not send written statements before requiring payment, leading many customers to rely on misleading oral representations, the city’s lawsuit alleged.

Lear Capital claims on its website to have conducted $3 billion in transactions primarily from selling gold and silver coins.

In a statement, City Attorney Mike Feuer described a “myriad of unfair and deceptive practices” including “preying upon elderly and inexperienced investors, misleading consumers about often astronomical transaction fees [and]… sometimes wiping out huge chunks of life savings in the process.”

Lear Capital deferred comment to attorney Seth Pierce in the Century City office of law firm Mitchell Silberberg & Knupp. In a statement, Pierce disputed the allegations and said the company looked forward to responding to the lawsuit in court.

“Lear is a top-rated company that has been selling precious metals for more than 20 years,” Pierce said in the statement. “Lear provides detailed disclosures to its customers and takes great care to ensure that its sales practices comply fully with the law.”

According to the lawsuit, when customers contacted Lear Capital demanding an explanation about the actual fees charged, the company either ignored the calls, promised return calls that never materialized, or told customers that because all sales were final, the fees could not be returned.