The surprising result appears to be driven by the rise of life science companies in a post-Covid world. The need for bioscience office space is ballooning nationwide – in sharp contrast to the demand for traditional Class A office space. What’s more, life science companies tend to depend on in-office personnel. As Tishman Speyer’s Chief Executive and Breakthrough Co-Chairman Rob Speyer put it: “You can’t do science experiments by Zoom.”

Breakthrough raised the money for the fund from a diverse group of institutional investors, sovereign wealth funds, and high net worth individuals spanning four continents.

Speyer addressed the fact that the Breakthrough fund closed at double its original target. “It’s a very unusual result for a first-time fund,” Speyer said. “It’s a reflection that life science is an anchor for the global economy.”

More than 31 million square feet of life sciences space was under development in the fourth quarter of last year, according to CBRE Group. That represented a new high in any quarter and was up from 19 million in last year’s first quarter, an increase of more than 60 percent.
According to the New York Times, asking rents for lab space in several cities have increased more than 60% since the beginning of 2016 while they have gone up only 15% to 30% for regular office space.

Life science space tends to be pricier. The national average asking rent for lab, research and development space hit $67.05 a square foot annually in the fourth quarter, according to CBRE. The comparable figure for traditional office space was $25.72, according to a Transwestern Real Estate Services study. 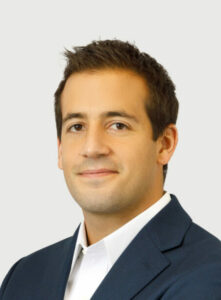 Creating bioscience space is a specialty that tends to be more expensive, too. Tenants typically need increased electrical service, backup generation and more water and sewer infrastructure for labs, for example.

Breakthrough Properties has quickly established itself as one of the most active players in the life science sector with 4.6 million square-feet of projects in the pipeline in San Diego, Boston and Philadelphia and in Europe in Amsterdam and Oxford and Cambridge, UK.

A development called the 105 by Breakthrough in Boston is fully leased to CRISPR Therapeutics while last year, the entity broke ground on its Torrey View by Breakthrough development, a 10-acre research and development campus in San Diego, which signed a prelease with the biosciences arm of global medical technology company Becton, Dickinson and Co. Its Torrey Plaza campus, an office-to-lab conversion, is leased to a range of companies, including Tandem Diabetes Care, Janux Therapeutics and Protego Biopharma Inc.

“On the San Diego project, we’re really looking to create an ecosystem with a number of companies that can collaborate and work together,” Dan Belldegrun said. “It’s about ecosystems and that’s where we believe the best forms of innovations can happen.”

Even though Arie Belldegrun’s background has been cancer research, the labs being built will be devoted to all kinds of research.

“Cell therapy and gene therapy is only one part of it. We’re looking to serve the larger market as a whole,” said Dan Belldegrun.

“The project is in good hands. He has access to the scientists,” Enany said.

Arie Belldegrun has a storied history in biotech. He and David Chang had created Kite Pharma. Kite became an industry leader in the emerging field of cell therapy, which uses a patient’s own immune cells to fight cancer.

Forming Breakthrough Properties in 2019, Bellco Capital has aligned itself with a major real estate firm in Tishman Speyer.

Since its inception in 1978, Tishman Speyer has acquired, developed, and operated 498 properties, totaling 219 million square feet, with a combined value of over $124 billion.

Its current portfolio includes the iconic Rockefeller Center in New York City, The Springs in Shanghai and the ambitious Mission Rock neighborhood currently being developed in San Francisco.

“We have the best of real estate and the best of life sciences under one roof,” Dan Belldegrun said.

“It’s new but it fits like a glove,” Speyer said. “The relationship has been terrific from day one starting with the personal. Dan was at Tishman Speyer for 10 years.”

Through Dan Belldegrun, Speyer met his parents, Bellco Capital Co-Founders Arie and Rebecka Belldegrun, and the Breakthrough partnership was born.