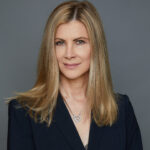 Victoria Ersoff is one of the most well-known and accomplished trial attorneys in Los Angeles. An attorney since 1992, the vast majority of her career was spent at Wood Smith Henning & Berman, one of the largest and most accomplished civil litigation and insurance defense firms in the country. Ersoff rose to the top tier of her profession defending large corporations and individuals from a variety of high stakes claims. She has defended wrongful death actions, thousands of Legionnaires’ disease cases, and personal injury claims brought against commercial property owners and developers.

In May 2021, Ersoff became a plaintiffs’ attorney and, within months, had secured settlements worth more than $10 million for families abused by negligent slumlords. She has been interviewed by numerous media outlets including a recent interview on KCBS news regarding a horrific slum housing case in South Central Los Angeles.