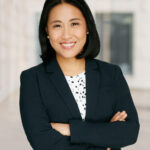 Vicki Chou, a recognized rising star, is a key member of the White Collar and Investigations team at Hueston Hennigan. She is a seasoned trial and appellate attorney and recently served as a Deputy Chief in the U.S. Attorney’s Office in the Central District of California.

As an AUSA in the Central District of California, she represented the United States in hundreds of criminal cases, including computer and internet fraud, intellectual property, money laundering, bank fraud, tax fraud, and racketeering offenses. Many of her matters involved high-level, international coordination, including a case in which she successfully negotiated a first-of-its-kind joint investigative agreement with a European country. She has successfully tried more than ten cases as lead counsel and won every one of her appeals before the Ninth Circuit. She was awarded the Director of National Intelligence Meritorious Unit Citation for her work involving China.