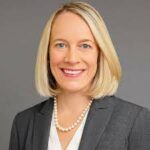 Marianne S. Martin has led negotiations on financing transactions of collectively well over $500 million over the past two years, and throughout her career has been engaged in restructuring and financing transactions of collectively well over $1.5 billion. Her beginnings as a large-scale corporate bankruptcy and restructuring lawyer in New York honed her ability to maneuver in complex, high-stakes financing and restructuring situations, and she has spent nearly ten years in California developing that experience into a nuanced and highly sophisticated commercial finance practice.

Known as someone who can “cut to the chase” in complicated situations, Martin
has a rare ability to bring a multitude of constituents to the table to get deals done, particularly in contentious, nuanced and fast-paced situations. Marianne also serves as a key internal resource for the firm on financing matters, and works closely with the firm’s opinion committee on opinion-
related matters.