City National Bank Chair Russell Goldsmith will retire on Jan. 31, marking the first time in nearly 70 years that a member of his family will not be at the bank’s helm. And he’s ok with that.

“City National is more than just a job for me,” said Goldsmith, who has been on the board for 43 years and served as chairman and chief executive for more than 20 years. “But you have to be realistic about life … It’s right for me personally, and it’s also a good time for the business.”

That might be a bit of an understatement. Under his leadership, downtown-based City National has grown into a $91 billion bank, nearly tripling in assets since merging with RBC. Goldsmith, who has been an annual fixture on the Business Journal’s LA500 and was its Business Person of the Year in 2013, also has seen the company expand to other states. Yet, he noted, it has stayed true to its roots in supporting entrepreneurs and philanthropic efforts. The bank facilitated a total of more than $6 billion in PPP loans during the pandemic and donated more than $10 million to support social impact organizations in 2021.

“I’m proud of the fact that we’ve continued to be there for our clients and for our communities and continue to maintain for our colleagues the kind of values and working environments we promised everyone,” he said. “Whatever achievements we’ve had at City National Bank reflect the work and commitment of thousands of colleagues and the support and relationships we’ve had with thousands of clients and the support we’ve gotten from the communities that we serve.”

Goldsmith said he’ll focus now on work with organizations such as the Los Angeles Coalition for the Economy & Jobs, Cedars-Sinai Medical Center and the Aspen Institute.

“Everybody’s got to find their own path in life,” he said. “But, of course, I didn’t work at the bank until I was 45, so maybe there’s hope. … Never say never.”

Either way, it’s a legacy of values he’s leaving for the City National team to build on in the future.

“The right values are essential for a successful company … around people and relationships, integrity, dedication, excellence and entrepreneurship,” Goldsmith said. “You’ve got to be prepared to work hard … The world we live in is changing rapidly. Nobody can afford to stand still. … And, so, you’ve got to be not just focused on today, but you’ve got to be focused on where you’re going.”

Goldsmith spoke with the Business Journal by phone on Dec. 8. The following are additional excerpts from that interview, edited for length.

How long have you been thinking about this specific decision in your career?
Russell Goldsmith: The merger with RBC closed just slightly more than six years ago, and I stayed on as CEO for a little over three years. And toward the end of that period, in the third year, I was looking to find a successor as CEO, and fortunately, did find a fabulous banker and person in Kelly Coffey. And, so, when Kelly joined us in February of 2019, that began a clear transition. I stayed as a very active chairman for two years and then in the third year got off a few of the key committees. And as Kelly took on more and more responsibility, it was very clear that we were ready to complete our leadership transition.

We had brought in a new president a little over about a year and a half ago, Rich Raffetto — he’s outstanding. We’ve gone through — over these last six years — a very measured and effective generational change in the management, in the leadership level in our executive committee. And we’ve continued through all of this to have the strong support of RBC and the involvement of its CEO, Dave McKay. So, the timing is really right for City National.

Was there an aspect of that process that took a higher level of priority for you in terms of ensuring continuity or new opportunities or your legacy? Was there something in particular that you focused on with those leaders?
Well, I’ve been a believer from the very beginning of the bank in having the right people, the right talent, the right focus.. … We had to have leaders who embody (our values) and understand it and live it. And fortunately, in finding Kelly Coffey and Rich Raffetto at the bank, as well as so many others, I felt that getting the right people in place was essential to continuing the very special nature of City National Bank.

What do you consider the most urgent challenges or priorities they’ll be facing?
The bank has just finished its fiscal year in very strong shape and is well positioned. What lies ahead is a continuing recovery in the U.S. economy.

Every successful business has competitive challenges, growth challenges, and certainly City National is no exception to that. … And as you grow, it reflects, the success that our team of 5600 bankers has had, our ability to find solutions…. It’s building on what we’ve done already, doing more to bring digital capabilities to our clients where we’ve really developed tremendous capabilities.

But you’ve got to stay competitive. You’ve got to try to be ahead of the competition, and in today's world, that means a lot of focus on technology and digital capabilities, both client-facing tools that clients use and also internally to drive productivity and the ability for our colleagues to do their work more easily and more effectively.

Looking back, what do you view as your favorite accomplishment or one of your proudest moments during your tenure?
There are so many things that I am proud of. It’s hard to say this one is more important than another. But I do think that we’ve lived up to our commitments to the communities that we serve, especially here in Los Angeles after being acquired by Royal Bank of Canada and with their tremendous support and concurrence. City National Bank is still headquartered in Los Angeles. City National Bank still has its own identities.

We’ve been true to our values, and we continue to support the communities here in L.A. We’ve done things like we (extended) $6 billion of PPP loans in a very short time frame. … We were able to help and keep people employed, keep businesses open. We made a commitment when we did the merger of $11 billion in community-related loans, investments, grants, and we exceeded that within the five years that we promised the community that we would do that.

Is there something that you see in L.A. specifically that sets it apart from other markets?
We’ve expanded over these last 25 years into the San Francisco Bay Area; New York City; Washington, DC; Atlanta; Nashville; Las Vegas. And on the one hand, every one of those communities is different, driven by particular strengths in particular industries. So, here in Los Angeles, obviously, the entertainment industry is a huge driver, but so is tourism, so is small and mid-sized businesses, a lot more manufacturing, the port, the airport — things like that drive growth here.

There’s both unique cultural and industry-specific differences in each market. And then there’s a lot of commonality. … So, part of what City National turned out to be is a bank that’s focused on strong urban economies, as our name kind of suggests. And, so, in that sense, the similarities outweigh the differences. …

We’re very lucky that our founders started this bank in Los Angeles in 1954 because, for all of its challenges … this is a remarkably diverse entrepreneurial and dynamic economy that’s now globally important. And so to be a bank based here as well as in other urban centers … it’s very helpful for the success of our bank to be in the right economies like Southern California.

What advice would you share with people in the L.A. business community to be an effective leader and experience the kind of success that you have had?
I would point to what worked for City National Bank. Having strong values, as I mentioned, doing your best to get the very best people that you can, have real relationships with your colleagues as well as your clients, a strong commitment to integrity. … And if you have a strong commitment to integrity and values, treat people the way you want to be treated, that’s going to serve you well in moments of temptation or stress.

You’ve got to have a strong work ethic, no question about it. In any business, you’re going to be up against a lot of hard-working, smart people … How are you going to compete — not just today, but a year from now, three years from now, five years from now? And, certainly, the technology is going to play a huge part in every business. Trying to balance all of those things would serve people in good stead. …

I’ve been blessed to have just terrific colleagues — presidents of the bank and senior executives all the way to tellers in the branches. We’ve just had great people who share the common vision, common values, common purpose, and we’ve gotten tremendous support from our clients, tremendous loyalty, and from the communities that we are committed to serving. … It’s something I’m very appreciative of. 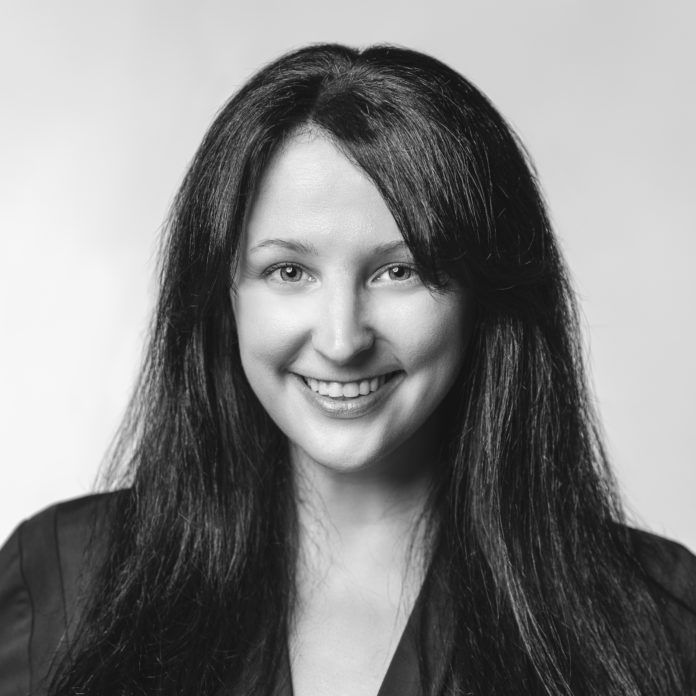 Stephanie Barbaran
Stephanie Barbaran joined the Los Angeles Business Journal as managing editor in 2019 and started serving as interim editor in Sept. 2021. She was part of the LABJ team that won Alliance of Area Business Publishers awards in 2021 (Best Ancillary Publication, Large Tabloid: 2020 Wealthiest Angelenos; Best of Show: Most Improved Publication). Barbaran has worked as a writer and editor in B2B publishing roles, as well as a content strategist and SEO content specialist for companies and content marketing agencies. Her focus in leading teams is to prioritize quality and purpose in content production, aiming to provide high-value, engaging materials to tell compelling stories for print and digital audiences. She was raised in West Los Angeles and studied journalism at Rutgers University-Newark.