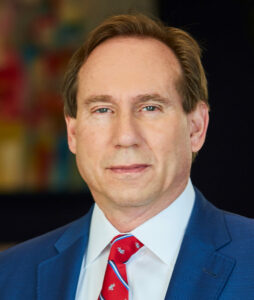 Eric Early, founding and managing partner of Early Sullivan Wright Gizer & McRae LLP, has earned a national reputation for his representation of Fortune 500 companies, small business entrepreneurs and individuals around America, and has built one of the best and most respected boutique law firms in the nation. He is one of the go-to attorneys for all of the major national title insurance companies including Fidelity National Financial, First American Title Insurance Company, and Stewart Title.

Early is leading what many consider one of the most important defamation lawsuits in the nation currently pending in Federal Court in West Virginia, and led the first lawsuit in the nation filed four years ago against what is now commonly known as critical race theory. He is currently lead counsel representing former coal baron and West Virginia Senatorial Candidate, Don Blankenship, in a high-profile defamation case.