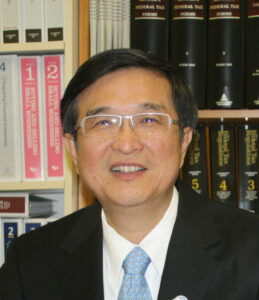 Harry C. Lin started Harry C. Lin, CPA A Professional Corporation in Los Angeles in 1992. Prior to starting his own firm, Lin spent several years at various accounting firms in California and Taiwan which include prominent Los Angeles area firm Gleicher, Tilley & Leonard and one of the Big Eight accounting firms Price Waterhouse in Taiwan.

Lin is well-known for his IRS advocacy expertise and international tax planning. Lin was one of the major shareholders in Grand Foremost, Inc. which supplied the Southern California hospitality industry. Lin also specializes in hotel and retail rental real estate. Lin was extremely instrumental in the founding of the Sino-American CPAs Association, which is one of the most active Chinese American civil organizations in Los Angeles and has been named emeritus founding chairman since 1993.