Leaders of Influence: 2022 Thriving in Their 40s – Zev Raben 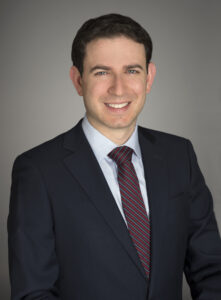 After almost ten years as a litigation attorney, including several years at one
of the preeminent entertainment litigation boutiques in Los Angeles, Zev Raben took a meeting with Elsa Ramo and Erika Canchola that would change the trajectory of his legal career. Shortly after that fateful meeting, Raben made the decision to switch paths and become a transactional attorney. In a short amount of time, he went from settling multi-million-dollar entertainment disputes to closing multi million dollar loans in the independent film space.

Raben currently represents Bank of Hope, BondIt Media Capital, 828 Media Capital, Head Gear Films, SSS Film Capital, and Reserve Entertainment Fund I, closing over $100 million worth of loans for those companies in the last year and a half. He also provided financing and production legal services for Tribeca Film Festival winner and Spirit Award nominee The Novice, and Prisoner’s Daughter.