Leaders of Influence: 2022 Thriving in Their 40s – Peter Stris 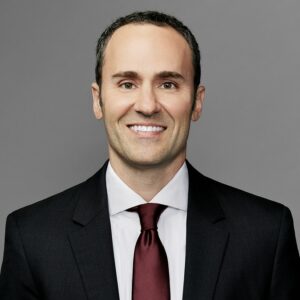 Peter Stris is the founding partner of Stris & Maher LLP, a 17-lawyer litigation boutique that represents clients in difficult high-stakes business disputes. Stris leads the firm’s nationwide trial and appellate practice. Over his 20-year career, he has successfully first-chaired a wide variety of bet-thefarm business cases to verdict or judgment. He has also handled dozens of high-profile business appeals, including 10 he personally argued before the U.S. Supreme Court.

Stris’ work has led both himself and the firm to nationwide prominence. Over the past 12 months, Stris delivered his clients major wins across all levels of the judiciary. Among his recent success has been defending a more than $100 million Lanham Act case through jury verdict, bench trial, appeal, and remand proceedings. He also persuaded the Ninth Circuit to revive environmental claims against Volkswagen the automaker told the courts will subject it to over $11 billion in liability.