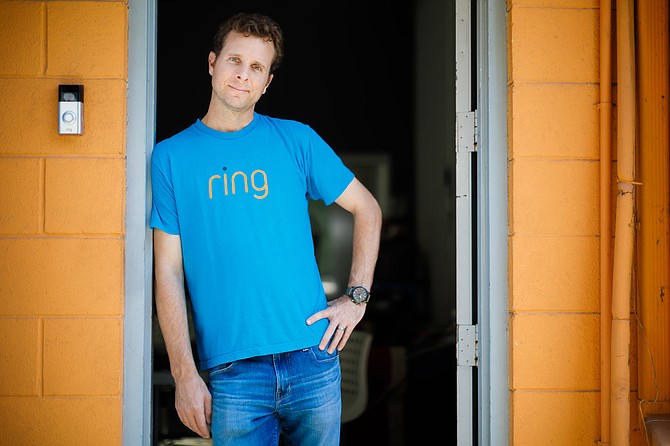 Until recently, home security systems were mostly synonymous with crime prevention. But in the midst of the coronavirus pandemic, smart-home safety devices have taken on an added role of mitigating risk and aiding social distancing.

Santa Monica-based security company Ring probably never envisioned the latter scenario. But with 27 smart-home devices in its portfolio, the company is clearly attuned to the times.

Founded in 2013 by Jamie Siminoff in his Pacific Palisades garage, Ring was acquired by Amazon.com Inc. in 2018 for an estimated $1 billion.

It’s a deal that has worked out for Ring, which today is one of the most recognized brands and most widely used technologies in a smart-home market that’s expected to total $101.1 billion in 2020, according to research firm Omdia.

Ring has spent the time since its acquisition integrating its products into Amazon’s vast ecosystems and ramping up its activity on a number of other fronts.

In addition to rolling out an extensive roster of new products at the most recent CES in Las Vegas earlier this year, the company is preparing to move into its new headquarters — a 60,000-square-foot converted warehouse complex in Hawthorne. 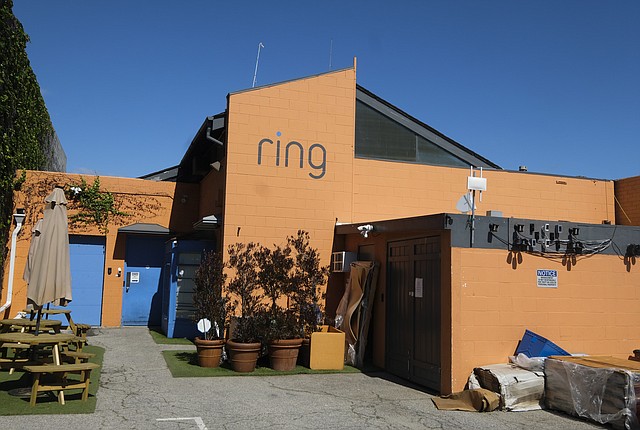 Ring is moving from this office at 1523 26th Street in Santa Monica to a warehouse in Hawthorne.

“Users have become less concerned about what a single device can do and are more interested in how multiple devices can work together to create a truly seamless user experience,” the 43-year-old Siminoff said.

Ring no longer discloses sales data or a specific number of users globally, but according to estimates by data analytics firm Jumpstart, the company sold almost 400,000 security devices in December 2019 alone, a 180% jump over the previous December.

As with fellow Amazon acquisitions Audible Inc., IMDb.com Inc., Twitch Interactive Inc. and Zappos.com, Ring still runs independently, maintaining its brand identity and headquarters. But the company has been able to integrate its products not only with the Alexa voice assistant, but also with the Seattle-based tech giant’s vast retail services, as well as the computer vision and artificial intelligence chops of Amazon Web Services.

At the most recent CES, Ring unveiled its first line of smart, indoor LED lightbulbs and solar-powered floodlights, which are slated to launch April 1, as well as new services to increase user control and privacy.

That’s a far cry from the original Doorbot video doorbell, which Ring’s Siminoff famously pitched on the ABC show “Shark Tank” in 2013, but it’s par for the course in the Internet of Things era where everything from front gates and cars to refrigerators and televisions can talk to each other.

“We’re always working to improve, not just the singular product experience, but also the ways in which our products work together to create a whole-home security ecosystem,” Siminoff said.

To that end, the company is not only in- creasing the ways that different Ring products interact — say, cameras starting to film as soon as someone walks by motion-sensitive floodlights — but also welcoming smart-home products from other manufacturers into the Ring (and Amazon) ecosystem.

The company’s products also now work with any Alexa device and other Amazon services, such as Key by Amazon, which lets customers securely receive Amazon packages automatically in their garage or foyer, whether they are home or not — no physical human contact necessary, a safety benefit for both delivery professionals and residents alike in the midst of a pandemic.

One of Ring’s signature strategies from its earliest days was to partner on a pilot program in 2015 with the Los Angeles Police Department, giving out free doorbells to residents in the Wilshire Park district in Koreatown, which coincided with a 55% drop in residential burglaries compared to surrounding neighborhoods over the course of seven months.

Ring plans to continue to expand its partnerships with police departments through its Neighbors app, which launched in 2018.

While there isn’t much in-depth evidence that the ability for police to request surveillance video from Ring owners has led to a drop in crime, anyone who watches the evening news has seen segments on robbers deterred or apprehended after showing up on camera footage.

But it has also raised concerns around surveillance and privacy. Recent stories of hackers gaining access to indoor Ring security cameras have also made headlines. According to Ring, the hackers signed in with stolen passwords rather than any direct breach into the company’s network or systems.

As a result, Ring’s CES announcements featured several around security and safety upgrades. That included default and mandatory two-factor authentication, which in addition to a password also requires a separate code sent to a user’s phone, and a new Control Center feature for the Ring app.

The latter feature enables users to better manage their connected devices, as well to opt out of police requests for video on the Neighbors app.

“We have always believed that privacy has to be foundational and built into every piece of hardware, software and service that we create,” Siminoff said. “And we will continue to challenge ourselves to innovate and make it easier for customers to understand and manage their privacy and security with Ring.”

Even the coronavirus crisis might not impact Ring. Social distancing and droplet- covered doorknobs make remote door entry for the latest Amazon delivery a safer proposition than doing it in person, after all — not to mention the ability to control locks, gates, lights, doors, and alarms from a smartphone or voice-enabled smart speaker.

As with every other business around the world, Ring has adapted to stay-at-home measures in recent weeks, with most employees working from home.

“Our focus right now is on the health and safety of our employees, customers and partners,” Siminoff said. “I’m proud of how fast the team has adjusted.”

The company has also closed all of its retail locations, including dedicated stores in Brea and Canoga Park.

Assuming social distancing measures ease in the next few months, Ring plans to move from multiple office locations in Santa Monica to a single warehouse in Hawthorne.

Designed by Mid-City architecture firm M-Rad Inc., the new headquarters will house all of Ring’s employees under one roof, combining open-concept and private offices, along with a photo studio and prototype lab.