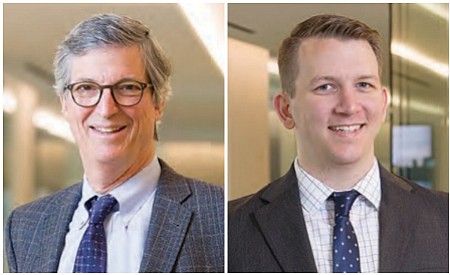 It is hard to open a newspaper, see tech company ads, or read a professional trade publication lately without encountering references to “blockchain” platforms and applications.

If you haven’t been closely following the technology’s rapid expansion, you may feel as if the chain has left the station and you missed out. Mentions in daily news reports chronicling the technology’s rapid expansion come in every flavor and context: cryptocurrency speculation (Bitcoin, Ethereum, Litecoin, etc.) characterized by wild appreciation interrupted by major swoons, ICOs (initial coin offerings) and TGEs (token generation events) used to raise money for startups and access applications for user communities, securities regulation and guidelines from the SEC and foreign regulators, “smart” contracts proposed to eliminate trust issues and inefficiencies in a growing variety of applications and sectors, and others too numerous to mention. In reality, while the pace of recent progress has been impressive, there is a great deal of unrealized potential, needed development, uncertainty and risk ahead for the foreseeable future with plenty of opportunity to get informed and even shape how the technology is leveraged in new industry sectors going forward. Here, we offer a brief description of blockchain technology, its current applications and how it might transform the world of commercial contracts.

Blockchain is the technology on which cryptocurrencies like Bitcoin and Ethereum are built. A blockchain is an open, distributed database of information and transactions that is continuously reconciled. In somewhat oversimplified terms, “blocks” of encrypted code are created to reflect a specific set of information and transactions. Once a block is created, it is propagated throughout a network and then replicated by every node on that network—effectively creating an immutable, “open ledger” for the specific information and transactions memorialized in that block. Each subsequent block (reflecting new or additional transactions or information) is then attached to the block that preceded it, forming an immutable “chain” of permanent blocks, all replicated for definitive verification on every node of the entire network.

Most notably, blockchains have been used to create and document every trade of cryptocurrencies to date, including “issuances” of crypto “coins” and “tokens” used to fund companies and projects. (No, this is not a way to avoid the securities laws of the US and other jurisdictions.) While there have been hiccups, and there will certainly be more, the blockchain protocol is widely regarded as extremely secure and maximally tamper-proof. In addition to creating a permanent and immutable record of currency transactions, blockchain has been touted as an ideal way to reliably archive and access medical records, corporate records (the State of Delaware has already authorized the use of blockchain technology for corporate shareholder ledgers), supply chain records (did the containers leave the port and what exactly was in them?), property and title records, etc.

The value of these “archival” applications seems self-evident, and there is little doubt these will continue to be short- and long term growth areas. But what about the performance and execution of documents that govern the relationships between parties—the contracts? Ethereum has already demonstrated that simple contracts can be created and automatically executed on the same blockchain that powers their cryptocurrency. Financial institutions and financial product companies have already jumped aboard with enthusiasm. They see clearly the benefit of a secure, indisputable and verifiable system for recording the terms of trades (including for derivative products) capable of self-executing based on events pegged to prices, dates and other variables that can be written directly into the code on the blockchain. It appears that such trades can be started, executed, paid and settled all on the chain, and recent reports are that a number of institutions have already successfully tested this proposition.

But financial market trades, options, futures and derivative products are only a small sliver of the world of commercial contracts, and they are particularly well-suited to coding a series of “if this then that” instructions. Likewise, if a smart contract provides that when a shipping container reaches the dock at a particular port, payment will issue from one party to another. This, too, seems suited to self-execution on the blockchain. Several startups are already exploring the implementation of blockchain technology for simple forms of licensing like digital music or movies, which may be good candidates for smart contracts because digital content can be requested, delivered and paid for all on the blockchain. Similarly, in many instances non-digital product sales could automatically generate royalty payments pursuant to the terms of a blockchain smart contract.

The bigger question is whether blockchain technology can be effectively leveraged—without sacrificing the security or integrity that makes it so appealing—when determination of performance of a contract is more nuanced or complicated than simply saying a package has (or has not) arrived at a predetermined destination. What if sources outside the digital information in the blockchain are needed to determine if a party has performed or if a milestone has been met in order to determine the next step of further performance, payment, termination, damages or restitution, etc., in a multistep process? This is the stuff of millions of negotiations, renegotiations, revisions and even lawsuits every day in commercial relationships—can it be managed on the blockchain? Maybe.

Already, blockchain pioneers and deep thinkers are working on the more complicated cases. Central to the ability of a blockchain smart contract to handle performance questions will be the ability of the code within the blockchain to make “queries” to a trusted source that then goes outside of the blockchain to verify all manner of performance. In one prominent and very recent example, a white paper was released on September 4, 2017, proposing a system for a network of “oracles” that will communicate with external systems and with the smart contracts to verify data and performance. (See Steve Ellis et al., ChainLink, A Decentralized Oracle Network, v. 1.0 (Sep. 4, 2017).)

We may someday see an entire ecosystem of trusted external sources that are as resistant to tampering and mischief as the blockchain itself, but that undertaking is daunting and will take time. The role of trusted sources and lawyers who understand blockchain capabilities and coding will be significant in meeting this challenge to make sure that “frictionless” contracting on the blockchain functions usefully and without unintended consequences.

Jon Gordon is a partner at Alston & Bird in Los Angeles, assisting clients with deals and strategies involving technology and intellectual property. Jesse Welsh-Keyser is an associate at Alston & Bird working in these same areas.