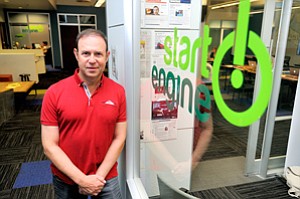 Federal crowdfunding legislation that has taken effect over the past 15 months has granted private companies access to a whole new world of potential investors: the general public. But the sought-after hordes of unaccredited investors looking to exchange cash for equity haven’t arrived – at least not yet.

Industry insiders, however, said the numbers should ramp up in the next year or two as the new rules gain more mainstream attention.

“The headline is it’s working,” said Jason Best, co-founder and principal of Crowdfund Capital Advisors, who helped craft the Jumpstart Our Business Startups (Jobs) Act, signed by President Barack Obama in 2012, which contains the equity crowdfunding provisions. The last of the rules did not receive final approval from the Securities and Exchange Commission until May.

“It’s not taking off like a rocket ship,” Best said, “but we didn’t expect it to.”

There are a host of reasons why the rollout has been slow.

For starters, while the Jobs Act represents one of the biggest changes to securities law in almost 80 years, those expecting equity crowdfunding to be an easier option than hitting up friends and family members or pitching investment banks and venture capital firms would be wise to think again, said Mark Lynn, co-founder and president of West Hollywood’s DSTLD, an online seller of high-end jeans.

“It’s not an easier way of raising money, it’s a different way,” said Lynn, whose company has raised more than $1 million from 862 investors since July on equity crowdfunding platform SeedInvest. Lynn said he expects to reach about $3 million by the end of the campaign. “It’s still pretty arduous dealing with the SEC. It’s not for the faint of heart.”

Another reason is that proponents of the changes have had to inform not only the general public, but also educate accountants, attorneys, and others in the finance industry about the rules.

Then there’s the general public’s lack of funds. According to a Google Consumer survey released in December by GOBankingRates.com, roughly 62 percent of Americans have less than $1,000 in their savings accounts – and 21 percent don’t even have a savings account.

“Anyone with less than $50,000 shouldn’t be investing in anything,” said Sara Hanks, chief executive of CrowdCheck Inc., a Virginia firm that performs due diligence for crowdfunding investors and companies.

Until Title IV of the Jobs Act passed in June of last year, private companies could only sell stakes in their companies to accredited investors, those with a net worth of at least $1 million or who make at least $200,000 a year.

Title IV, however, allows for two tiers of offerings to unaccredited investors. Under Tier 1, companies can raise a maximum of $20 million worth of securities in a 12-month period, while Tier 2 allows offerings of up to $50 million over the course of a year.

The SEC approved Title III of the act in May, which allows companies to raise up to $1 million from unaccredited investors through a registered broker-dealer or internet funding portal, while capping individual investments for those making less than $100,000 a year at either $2,000 or 5 percent of their income, whichever is greater. Like Title IV, it also requires companies to submit financial documents to the SEC.

Local online crowdfunding platforms include FlashFunders and StartEngine, both of Santa Monica, as well as Century City’s Indie Crowd Funder, among others.

Crowdfunding experts said these platforms have a number of benefits to companies seeking cash from unaccredited investors. First, they offer a sense of legitimacy through the vetting process that precedes a campaign’s launch on their site. Additionally, some platforms also provide marketing services to help get the word out. StartEngine, for example, produces a professional video for each campaign. In exchange for its efforts, the company takes a 5 percent cut of the money raised by Title III campaigns. For Title IV campaigns, it takes a fee of $50 per investor plus warrants to buy stock in the company.

“We still get paid, even if the deal doesn’t go through,” said Howard Marks, co-founder of StartEngine. “Companies that raise money with us are at risk if they’re not successful.”

SeedInvest, meanwhile, takes a performance-based cash and equity fee that is a percentage of the amount raised on the platform.

“We think this is the best alignment of interests between the platform, companies, and investors,” said Andrés Diana, managing partner of SeedInvest’s L.A. office.

Companies also face the burden of reporting reviewed or audited financials to the SEC, which can be costly. The level of accounting and legal scrutiny required depends on the type of campaign and how much money is being sought.

For example, Title III campaigns can necessitate annual legal costs of at least $10,000, according to San Francisco’s Bend Law Group, a small-business and startup law firm in San Francisco.

Jennifer Post, a partner at Raines Feldman in Beverly Hills and chair of its securities practice group, told the Business Journal last year that the accounting and legal paperwork required by the SEC for Title IV’s Regulation A+ registration can potentially cost between $50,000 and $75,000.

SeedInvest even advises on its website that companies looking to raise less than $3 million should not undertake Title IV offerings due to such costs.

Los Angeles has become a hub for internet crowdfunding platforms, and businesses in the state have raised $3.1 million through Title III offerings, more than any other state and 37 percent of the roughly $8.4 million invested nationally. They’ve also launched the most campaigns – 31 out of 99, according to data from Crowdfund Capital Advisors.

Matthew Mills, chairman and chief operating officer of Canoga Park-based Med-X, which runs news site Marijuana Times and sells an insecticide for marijuana plants, estimated that 80 percent of the investors in his company’s Title IV campaign on StartEngine have been unaccredited. The company has raised more than $1 million, with investments ranging from the minimum $420 to $15,000. Its goal is to reach $15 million. According to Mills, most of the investors have been interested in the business opportunity rather than the products.

“A lot of people see money rather than the lifestyle,” he said. “They’re younger people working their way to being a professional or older people, some of whom are blue collar and some of whom are white collar.”

Other companies, however, are more interested in reaching out to existing and potential customers through email, social media, and ad campaigns. Take Gary Fenton, managing partner of Little Red Feather Racing Club, a 15-year-old horse-racing syndicate in Woodland Hills whose Title III campaign on StartEngine has raised $128,000 from 71 investors since Aug. 1.

“For us, being one of the nation’s biggest syndicates, we want to expand the pool of investors to casual racing fans,” said Fenton, whose company is aiming to raise between $200,000 and $300,000. “Title III has allowed us to go after fans of horse racing using advertising like we couldn’t in the past.”

Best of Crowdfund Capital Advisors pointed to DSTLD as an example of a company effectively using its following to raise cash, and in turn, create customers.

“We are a company with 20,000 customers,” DSTLD’s Lynn said. “We have 862 investors so far. If each one tells 10 friends, and they become customers, then they’ve helped us grow the company 30 percent.”