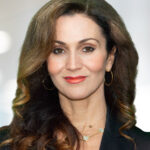 With more than 10 significant, published opinions in favor of her public agency clients and an emphasis on environmental justice including significant involvement in the remediation and redevelopment of the Signal Hill oil field, Sanaz (Sunny) K. Soltani serves as the first female city attorney in Carson. In her short tenure she has played a significant role in reshaping the trajectory of the community, including negotiating the $1.7 billion NFL stadium deal with the Chargers and Dignity Health Stadium.

On behalf of the City of Carson, Soltani also negotiated a $45 million settlement against the largest oil refinery on the West Coast and has been preserving the City of Carson’s rent control ordinance against annual attacks. She also has successfully worked to ensure that industry pays its fair share in mitigating the negative environmental impacts it creates in the Carson community.