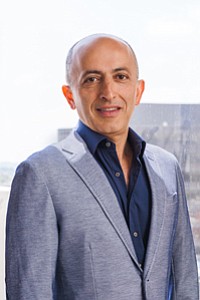 Private equity firm Brentwood Associates has raised $984 million of a targeted $1.1 billion fund, according to documents filed with the Securities and Exchange Commission last week.

The firm did not respond to request for comment, but the fund is the outfit’s sixth, and its first since a $688 million vehicle closed in 2014.

Brentwood has been an active dealmaker in the first half of 2017, closing the platform acquisition of Texas-based Jefferson Dental Care from Century City’s Black Canyon Capital. That purchase had an estimated value north of $200 million. The firm also closed two bolt-on deals for ChildCare Education Institute and Frog Street Press Inc., add-ons to their Monterey-based Excelligence Learning Corp. platform company.

There has been some recent personnel churn at Brentwood, however. Anthony Choe, a partner at the firm for nearly 20 years, left late last year and has yet to be replaced. The firm did bring on Keith Gordon, executive chairman of Excelligence, as an operating partner this month. Brentwood said in a statement Gordon had worked with the firm’s portfolio firms extensively before the hiring.

Beverly Hills has a new player looking to tap into the state’s legal cannabis boom.

StarGreen Capital said last week it would invest $100 million over the next 12 months in a broad range of marijuana ventures. Initially, the company plans to partner with existing industry players to lease real estate, expand operations, and build out consumer pot brands, according to a statement from Chief Executive Paul Daneshrad.

“We see tremendous opportunities for growth in the next 12 months,” Daneshrad said. “Our focus is to invest $100 million in real estate and joint ventures over the next year to help cannabis entrepreneurs in every segment of the industry capitalize on this generational opportunity.”

Daneshrad is also the founder and chief executive of StarPoint Properties in Beverly Hills, which has about 2,800 apartment units and 2 million square feet of commercial properties. Daneshrad said his experience with StarPoint will translate to his new venture. StarGreen will also look to provide cannabis industry partners with access to capital and operations expertise in the commercial real estate market.

Kahn’s attorney, Amnon Siegel of Century City’s Miller Barondess, said in a statement the verdict was a huge relief for his client.

“Most of all, I’m happy for our client, Mike Kahn, who has finally obtained justice for what was done to him and his business and family,” Miller said. “Mike is a great guy, and a great car dealer, and he deserves this so he can get his life back.”

The case stretched out for more than seven years and across two trials. Nissan originally sued Kahn looking to collect on collateral guaranteeing loans it gave his dealerships when it pulled his financing in the midst of the 2008 financial crisis. Kahn countersued, and after losing the first trial, won an appeal, which sent the case back to the trial court.

The second go-round went better for the dealer, with the jury finding in Kahn’s favor on claims Nissan committed fraud and misrepresentations. The jury’s award included $122 million in compensatory damages and $134 million in punitive damages.

Century City-based Sullivan & Cromwell partner Alison Ressler closed deals last week for both CapGen Financial Group and SPO Partners. Ressler represented SPO on the $900 million sale of its portfolio company Aggregates USA to Vulcan Materials Co. The CapGen deal was part of the merger of Union Bankshares Corp. and Xenith Bankshares Inc. CapGen owned a 22 percent stake in Xenith before the May 22 merger.