Patrick Soon-Shiong, the second-largest shareholder of L.A. Times parent tronc Inc., has purchased another 98,927 shares of stock in the company on Nov. 29 and Dec. 2 at prices ranging from $12.77 to $13.16, according to a filing with the Securities and Exchange Commission.

Business Journal fields some team analysis on how Disney should handle ESPN and its subscriber decline. 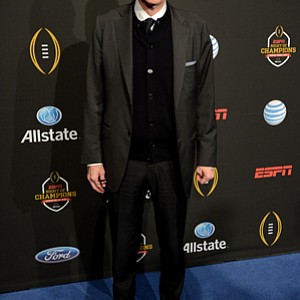 Producer Lifeboat casts itself as a maker of TV programming for young women. 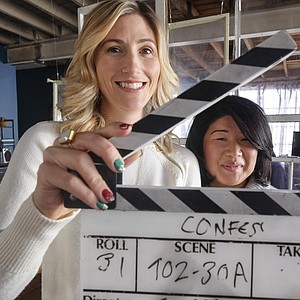 The Goldhirsh Foundation announced winners for its annual My LA2050 Grants Challenge Tuesday, a $1 million grant competition to source creative ideas about shaping the future of Los Angeles. The 12 winning organizations will receive grants ranging from $25,000 to $100,000 to implement projects in 2017 designed around themes that make Los Angeles the best place to learn, create, play, connect, and live.

Cable channel E makes a play for late-season ratings with a show about Rams players and their wives.

Dance Group To Step It Up At Hotel Gig

Nonprofit books run at Ace as part of venue’s mix of performances.

Online ticket seller Fandango announced today it is expanding its business in Latin America with the acquisition of online movie ticket platform Cinepapaya. The deal will nearly double Fandango’s reach in the region, extending its ticketing business to include Mexico, Argentina, Colombia, Peru, Chile, Ecuador, and Bolivia. Terms of the deal were not disclosed.

Soon-Shiong and Ferro Stock Up on Additional Tronc Shares

Michael Ferro, chairman of L.A. Times owner tronc Inc., has purchased an additional 42,126 shares of stock in the company, according to a Nov. 28 filing with the Securities and Exchange Commission. The stock was acquired through Ferro’s investment vehicle, Merrick Venture Management Holdings, at an average cost of $12.93 a share for a total transaction of about $545,000.

HBO’s ‘Ballers’ and Six Other Series Will Move Production to L.A. Area

HBO’s TV series “Ballers” will be moving production for its third season from Miami to Los Angeles, according to the California Film Commission’s Executive Director Amy Lemisch. “Ballers” is the seventh TV series to relocate to California by way of the expanded tax credit program that went into effect in 2015. The show is scheduled to shoot its next 10 episodes in the greater Los Angeles area, where it will employ 135 cast, 209 base crew and 5,700 extras. Production will generate an estimated $33.5 million in “qualified expenditures,” which the commission defines as wages paid to below-the-line workers on the crew, and payments to in-state vendors. Based on these figures, “Ballers” has been conditionally approved for a tax credit reservation of $8.3 million.