Seems Haim Saban has stumbled again – and it’s notable that the billionaire tends to fall forward.

Condolences to family, friends and associates of the late Paul Allen

Thomas Speiss specializes in intellectual property at Stradling’s office in Santa Monica, so he knows the value of a good logo

PAGE 6: What ‘Multi-Jurisdictional’ Means to City of Angels

Charles Long got into town a few months ago as the Century City-based regional president of BNY Mellon Wealth Management, and he brought some valuable experience from the firm’s Hong Kong office

Some extra emphasis about the importance of Lew Horne’s contribution to this issue of the Business Journal came last week in a booth at the back of Canter’s Deli on Fairfax, of all places.

Richard Pink is playing it by the numbers and keeping family in mind as Pink’s Hot Dogs prepares to mark 78 years in business on Sept. 27. 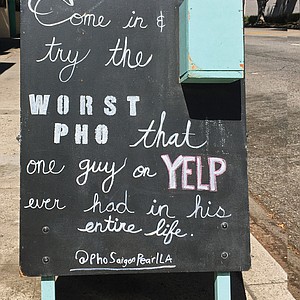 Home prices up, delinquencies and foreclosures down, in L.A. County’s housing market. 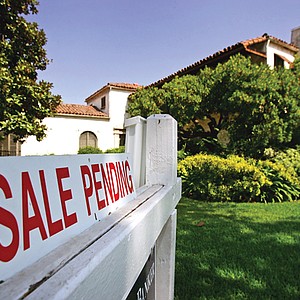 Word on the street around L.A. Live says AEG is ready for more than one night in Bangkok – stay tuned on that one … 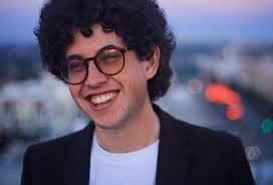 It takes a village to get a grip on fashion these days,

Last week’s word of China-based insurer Anbang’s pending sale of a group of luxury hotels led to a round-robin among some well-informed industry watchers who speculated that the Montage Beverly Hills could change hands in a separate deal.

The recent ruckus over a homeless shelter in Koreatown got loud enough amid the summer heat to mute rumblings of a possible deal between Bank of Hope and Hanmi Bank, which would amount to a whole new era for the neighborhood and the Korean-American community in general.

Sun Devil in the Details for Downtown?

Don’t be surprised to see an influx of Sun Devils around downtown – and this has nothing to do with the long, hot summer that’s baking the City of Angels.

I already have some updates to our annual LA500, the centerpiece of this week’s issue

No shortage of places big and small where art and business intersect around L.A., including Mama Lion Supper Club, a Koreatown hookah lounge that serves up food, drink and the occasional celebrity in the making at 6th & Western.

Word along the Miracle Mile has the Callender’s Grill on the 5700 block of Wilshire Boulevard – right across the street from the La Brea Tar Pits – shutting down as part of a plan to add a residential high-rise to the adjacent SAG-AFTRA building owned by J.H. Snyder Co.

Have you taken a stand on the app-based, pay-by-the-mile electric scooters that seem to be scattered about the city in greater numbers every time you look around?

Well of a Plan 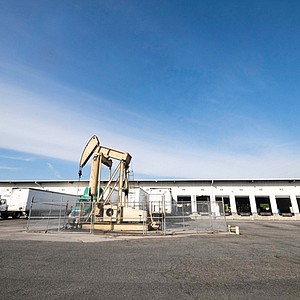 Caruso’s Other Search; Gustavo’s Other Gig

It wasn’t quite déjà vu, but downtown’s most civic-minded investment banker hit upon something close as he enjoyed some octopus on the edge – a plate of the stuff served up to Lloyd Greif at a window-side table at 71Above in the U.S. Bank Tower on 5th Street.

Our annual list of the largest women-owned businesses is always especially interesting.

A little extra to go with our front-page piece on the financial shape of the L.A. Times and other California publications now in the hands of Patrick Soon-Shiong …

It’s clear – even amid increasing chatter that the current cycle might be near peak – that L.A. has risen to a new level in these post-recession years.

California often zigs when the rest of the country zags, and Los Angeles has long been the chief locus of the instinct – perhaps never more than these days when it comes to China.

Michael Milken was a disruptor long before the Digital Age. 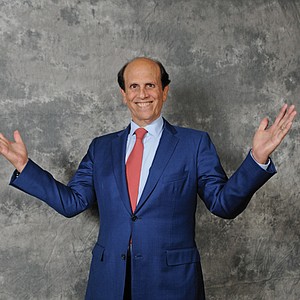 Fine art and L.A.’s wealthiest are elevating L.A.’s reputation in the art world. 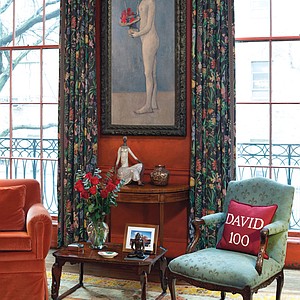 The members of the 2018 Wealthiest Angelenos list combined for an increase in fortune despite a slight decline in their ranks, according to Business Journal estimates.

Art and wealth crossed paths in a big way last week in New York, where the late Peggy and David Rockefeller’s collection had already set a world record at an auction by Christie’s that was ongoing as of press time.

Guests at the “Cocktails & Conversation” reception Aecom boss Mike Burke hosted during the Milken Institute Global Conference last week might have had to check twice at first glance.

There’s always plenty of talk about L.A.’s diversity – and there’s plenty of texture and nuance to the concept here, as Ed Roski and friends demonstrated when he was honored with the American Friends of Hebrew University’s Scopus Award on April 19.

L.A. Pairings: From Soon-Shiong to Schumer

Some particularly interesting pairs to draw to around Los Angeles these days, starting with Patrick Soon-Shiong and tronc Inc., current owner of the L.A. Times, Chicago Tribune, New York Daily News and other newspapers. Soon-Shiong plans to pay a reported $500 million to get the Times and related publications in California from Chicago-based tronc.

Page 3: City of Hope as Prototype? Rockefellers in New Light

Expect an eventual boomerang effect as City of Hope plans a major move beyond its home campus in Duarte with a $200 million cancer center in the Orange County metropolis of Irvine.

A blend of local, national and global influences arrives with word on the street downtown, which has Korean Air Chairman Y.H. Cho planning a new restaurant in the Wilshire Grand, the new skyscraper that bears the carrier’s marque at 7th and Fig.

The lament that Los Angeles is no longer a corporate headquarters town has been a constant to varying degrees for nearly three decades, stretching back to Security Pacific’s sale to Bank of America Corp.

Kevin Kim was an accountant and a lawyer before he got into banking. 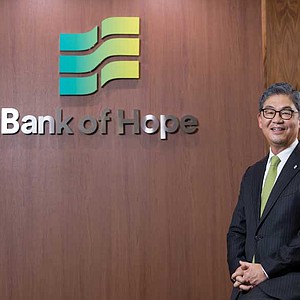 The notion of “best practices” isn’t new to the community of business, and certainly shouldn’t be new to local government.

Looking for a break from the hammer and tong of partisan politics in the era of Trump? Check Howard Fine’s frontpage story on the call for a ticket tax on ferry and cruise ship passengers to and from Catalina.

Open Bank has filed for an IPO, a move that will take the bank from over-the-counter to Nasdaq listing. 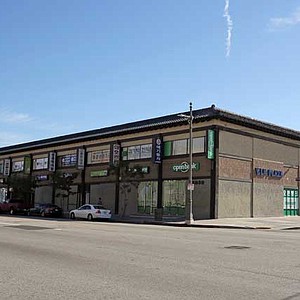 I figured I might have missed on an item that ran in this space last October, speculating that President Donald Trump’s son-in-law Jared Kushner had an L.A. edition of his NYC-based Commercial Observer in the works.

Trend of increases holds up countywide, gains steam on periphery

Taking a look at the L.A. area’s highest- and lowest-rent neighborhoods. 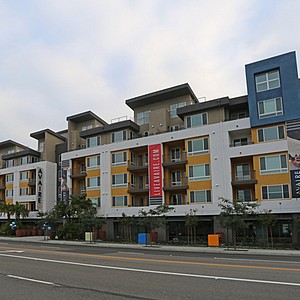 It was a fascinating morning of good news-bad news propositions at the Los Angeles County Economic Development Corp.’s 2018 Economic Forecast at the Omni Hotel, which drew a crowd of 500 or so to Bunker Hill on the morning of Feb. 21.

Start in Century City, where Spuds Powell recently laid claim to the No. 1 spot on Barron’s national list of the “Top 100 Independent Wealth Advisors for 2017.”

Team owner Steve Ballmer offers insights on the ambitions and operations of the Los Angeles Clippers. 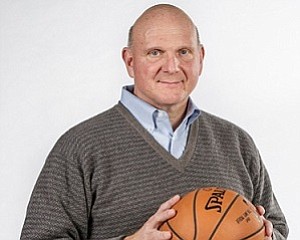 Plenty of headlines and a number big enough to suggest that Patrick Soon-Shiong overpaid, based on recent comps in the market anyway. 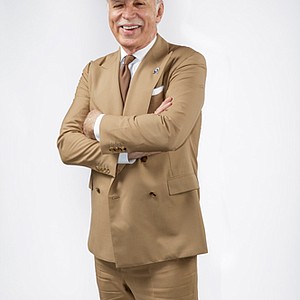 This issue marks our inaugural list of largest philanthropic donations to L.A. institutions over the past year, and you’ll find coverage that starts on page 1, with a list of gifts of $1 million or more beginning on page 10 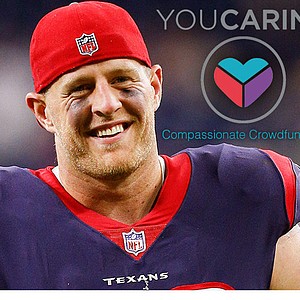 Sweet Perspective on Way to Hollywood?

Give Maria Contreras-Sweet credit for her drive to bring several new perspectives that ought to resonate amid the ongoing criticisms of Hollywood, where 2016’s Oscars prompted a discussion about minority representation and 2017 brought accounts of sexual harassment and assaults that have roiled the entertainment industry and others. 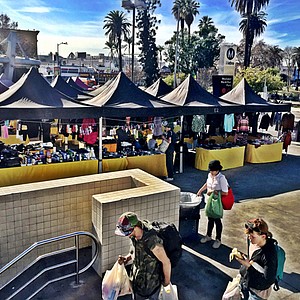