Gabe Kadosh said that he’s aspired to be a businessman since childhood and even found a way to explore his entrepreneurial side on the playground.

As founder and president of Conroy Commercial, Brad Conroy has spent the last decade of his life working on real estate deals worth millions of dollars.

Long Beach Airport has launched an upgrade plan and has landed more flights.

Checked In For Hotels’ Long Haul

MANUFACTURING: OriginOil in talks with wastewater agencies to set up system at plants.

OriginOil, an L.A. startup working on technology that can extract oil from algae, is looking to turn a profit.

AeroVironment Inc. has received a lot of press for its unmanned aircraft systems such as the Raven, which is launched by hand, and changed the rules of the battlefield in Iraq and Afghanistan.

Hawthorne bio-plastics maker Cereplast will save 70 percent on electricity by moving to Indiana. 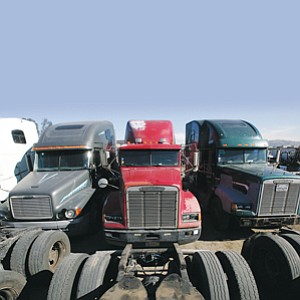 After almost two and a half years of slumping imports, the ports of Los Angeles and Long Beach are poised for a slight recovery within the next few months, according to local economists and industry analysts.

A city of L.A. proposal to ban smoking on outdoor patios is drawing fire from some local restaurants.

The failed Christmas Day attempt to blow up a Detroit-bound airliner has led to more interest in machines that can better detect potential explosives hidden on passengers’ bodies.

Some Port Truckers Face End of Year, End of Road

It will be an unhappy new year for thousands of truck drivers who work the ports of Los Angeles and Long Beach with older vehicles: The latest stage of the Clean Trucks Program takes effect Jan. 1, banning as many as 8,000 of their rigs.

City may beat state in restricting use of self-checkout lanes

Long Beach looks to be first in line in the state to ban alcohol sales at market self-checkout stands.

Exports Up at Ports

A weaker dollar drove up exports at the ports of Los Angeles and Long Beach in November, according to new figures, but overall traffic remained down.

People who drink Reed’s Ginger Brew have long been telling Chris Reed that his beverage cures what ails them.

INTERVIEW: S. Gail Goldberg, who attended college in her 40s, has become an advocate for transit-based development as L.A. city’s planning director.

L.A. City Planning Director S. Gail Goldberg launched her career in her 40s after the sudden death of her husband.

Fixture Makers Must Get the Lead Out

PLUMBING: Suppliers benefit by going with the flow.

An L.A. maker of plumbing fixtures literally got the lead out to meet a state deadline.

L.A.’s thirst for energy is pumping the growth of alternative fuel – and that has the industry’s leading provider hoping to burn it up here.

It only seems like Tommy Lasorda has been working all these decades for the city’s beloved Dodgers. But he hasn’t been working at all, as he sees it. 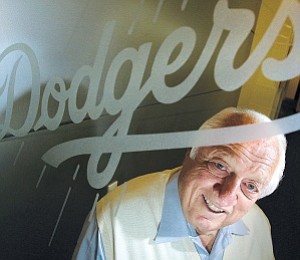 PROFILE: Original Wine of the Month Club looks to expands its mail-order service as new rivals enter the business.

Competition: The Original Wine of the Month Club is relying on vintage appeal to fend off new competitors.

As truckers increasingly invest in alternative-fuel vehicles, Los Angeles County has become the hottest market for heavy-duty liquefied natural gas, or LNG, trucks in the country.

The collapse of a deal with an Italian firm has put a rail car contract and a green tech corridor on different tracks.

Chatsworth Firm Has Inside Track With Trolleys

A San Fernando Valley manufacturer of hybrid and electric trolleys is gearing up for the vehicle’s anticipated comeback.

At the end of the traditional holiday shipping season, Port of Long Beach reported a decrease of 24 percent in the number of cargo containers shipped in October compared with the same month a year ago, according to figures released Friday.

Hopeful East L.A. merchants and developers see Gold in the opening of a light-rail extension.

Sun Valley Firm Has Ticket to Ride With Bus TVs

San Fernando outdoor furniture manufacturer Caluco isn’t exactly sunbathing in today’s economic climate as much as trying to avoid being burned by the real estate bust.

An Azusa maker of pet products has flipped the switch on solar power.

79-year-old owner Bert Boeckmann remains a daily fixture at Galpin Ford, the No. 1 volume Ford dealership in the world.

San Fernando Valley mainstay Bert Boeckmann still has lots to do at his auto dealerships.

Kind of a Drag

The slow economy has the National Hot Rod Association spinning its wheels.

A local intimate apparel wholesaler best known for its provocative Halloween costumes is continuing its push into foreign markets in order to keep a leg up on the competition.

Businesses don’t like the Port of L.A.’s decision to boost payments to a lobbying firm to push a rewrite of a federal law that will work against businesses.

Businesses don't like the Port of L.A.'s decision to boost payments to a lobbying firm to push a rewrite of a federal law that will work against businesses.

AEROSPACE: Company lands satellite to search for presence of water.

With the successful landing of its Lunar Crater Observation and Sensing Satellite on the moon this month, Northrop Grumman Corp. scored a publicity coup – and possibly pushed science a big step forward.

With the successful landing of its Lunar Crater Observation and Sensing Satellite on the moon this month, Northrop Grumman Corp. scored a publicity coup and possibly pushed science a big step forward.

Container traffic may be down, but that’s not holding back American President Lines Ltd. from expanding its presence at the Port of Los Angeles.

Art Leahy, the son of streetcar operators, has gone from working a bus route to running the MTA.

His experience as a bus driver helps MTA Chief Executive Art Leahy get a line on the job.

Cargo volume at the ports of Los Angeles and Long Beach slowed in September, a normally busy shipping month, indicating the economy remains weak, according to new figures.

Cargo volume at the ports of Los Angeles and Long Beach slowed in September, a normally busy shipping month, indicating the economy remains weak, according to new figures.

When Jason Nazar was in his last year at Pepperdine University getting his dual J.D.-MBA degree, he spent much of his time working as a consultant to startups.

The ports’ clean air program has meant the end of the road for some drivers and small trucking companies.

WHO'S WHO IN LAW - Government Affairs

George Kieffer has been with Mannatt Phelps & Phillips since graduating from UCLA law school 36 years ago.