Hot-tub maker LMS is helping expand the Coleman camping brand from the great outdoors to backyards.

Maker of Hit War Series May Be Facing Last ‘Call’

Is it “game over” for one of L.A.’s most successful video game studios?

All the Ads That Add Up

From a painter of model trains to a pawnshop operator to the founder of a green lighting firm, the Business Journal looks at local entrepreneurs who got an early jump on being their own boss.

‘Freedom to Do What You Want’

From a painter of model trains to a pawnshop operator to the founder of a green lighting firm, the Business Journal looks at local entrepreneurs who got an early jump on being their own boss.

Beverly Hills maker of 3-D technology hopes an IPO will add depth to its business plan. 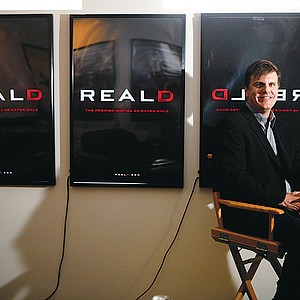 A year ago, video game publisher THQ Inc. was teetering on the financial abyss.

Getting Technical About Texas Festival

The music and interactive South by Southwest festival went down last month in Austin, Texas, and about 100 L.A. tech people were there.

Stepping Out From Behind the Curtain

Crisis PR spinmeister Mike Sitrick is accustomed to advising clients before they talk into microphones.

An Alhambra tech firm hopes to make headlines with its method of adding ads to archived newspaper articles.

Tech firm Ixia looks to steady the sales of its networking test products with overseas business and boost revenue with a pair of acquisitions. 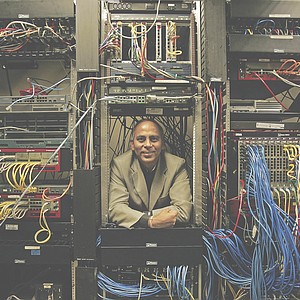 How much money is a group of eight letters and numbers worth?

KFWB up for sale after more static from FCC

CBS Radio has been forced to put Los Angeles station KFWB up for sale.

Dips in ad revenue and circulation have Hollywood wondering if the curtain will fall on its two trade papers.

The executives of Image Metrics Ltd., a Santa Monica-based animation company that does work on video games and feature films, wanted to take their company public, but opted against a traditional IPO.

Ron Tutor feels his company’s 15-year lawsuit with the MTA has gone on much too long.

A Heaping Slice of Humble Pie

It’s not every day that a local business owner gets humiliated on national television for the way they run their business.

Dale Dye, military adviser to film and TV, aims to grow his business with publishing and motivational speaking.

Did ‘Warfare’ Maker Shoot Itself in the Foot Over Duo?

Activision Blizzard Inc.’s shakeup of the local video game studio responsible for its famed “Call of Duty” franchise carries some risks for the Santa Monica-based publisher.

The two former heads of a local video game studio filed suit against Activision Blizzard Inc., alleging that the Santa Monica publisher terminated them without cause.

A downtown L.A. firm’s glove is a handy way to interact with computers.

Mike Jones brings his reputation as an Internet product genius to his new role as co-leader of MySpace.

A much hyped Internet company backed by one of L.A.’s wealthiest businessmen has shut down.

Handy View of The Future

A Van Nuys firm is looking to get aerial surveillance footage on handheld devices.

MySpace Chief Executive Owen Van Natta has stepped down, less than a year after taking over the troubled Beverly Hills-based social networking site.

Dean of Business School Quits to Tend to Family

Family issues have forced Ira Jackson to resign as dean of the Drucker business school.

Pasadena venue may turn to ads to pay for renovations. 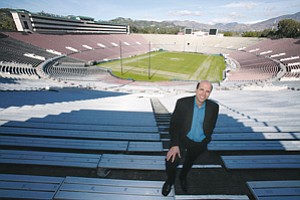 INTERVIEW: Chamber CEO Leron Gubler has helped Hollywood grow from a place his friends joked about to a retail-nightlife center that has restored some glamour to the iconic name. 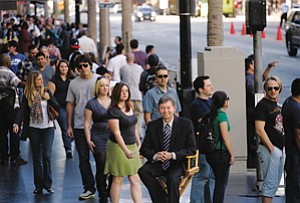 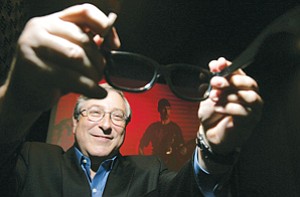 The San Fernando Valley may have gotten slammed in the fourth quarter, but it wasn’t nearly as bad as the last go-round.

DOWNTOWN: Landlords May Be Holding Space to Boost Rents

Twiistup, a local tech conference that links entrepreneurs with investors and gives a sneak peak at budding startups, has gone international.

COUNTY: Industrial Market Could Be Headed for a Turnaround

Chalk this up as another sign of an economic recovery on the horizon: Los Angeles County’s industrial real estate market, once in a free fall, seems to have bottomed out.

Northrop Flew Under the Radar

L.A. leaders left at a loss over company’s exit.

Pirates could have cost Activision as much as $300 million.

In 2009, hungry investors fueled a surprising stock surge across a variety of companies in Los Angeles.

TECHNOLOGY: CEO says there is no interest in selling firm

Looking For Some Momentum

Venice startup hopes to roll up sales for its foldable skateboard.

The maker of a foldable, skateboardlike product says the “stowboard” is the wheel deal.

ENTERTAINMENT: Shares in Lions Gate have climbed on takeover talk.

Lions Gate investors have roared with approval over the company’s interest in buying MGM.

The CEO brought in to straighten out National Lampoon has been accused of running a Ponzi scheme.

Executives at video game publisher THQ Inc. have said they want the Agoura Hills-based company to develop fewer games based on movie licenses and more from original content.