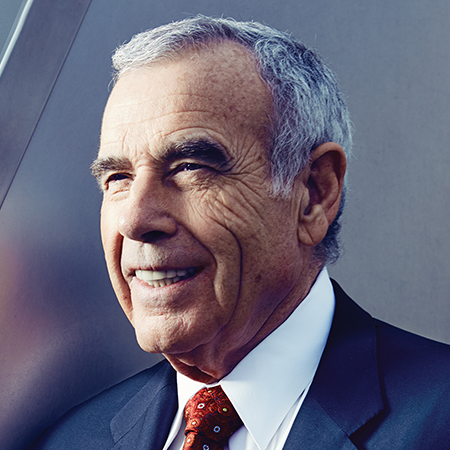 Ed Roski Jr. is the chairman of Majestic Realty Co., one of the largest privately-held real estate companies in the country. The company owns, manages and leases more than 87 million square feet of property. Roski is also a minority owner in the Los Angeles Kings and Los Angeles Lakers. Roski was born in Oklahoma and raised in Southern California, where he attended USC. He was an officer in the Marine Corps. where he earned two purple hearts. Roski joined Majestic Realty in 1966 and launched the Majestic Realty Foundation in 2002 which focuses on youth, family, education, health and violence prevention. He and two business partners launched Land of the Free Foundation in 2006 which supports veterans.