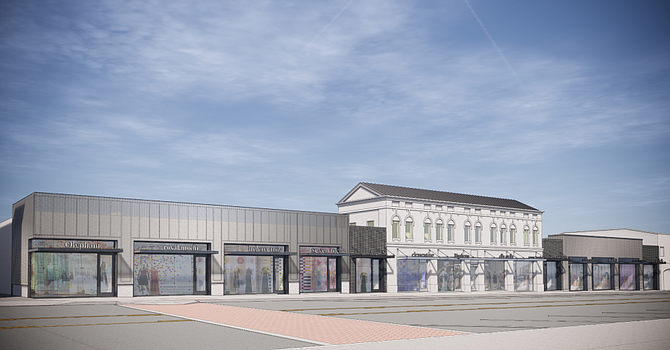 A rendering shows what Larchmont Mercantile will look like when the 17,000-square-foot retail site’s updates are finished.