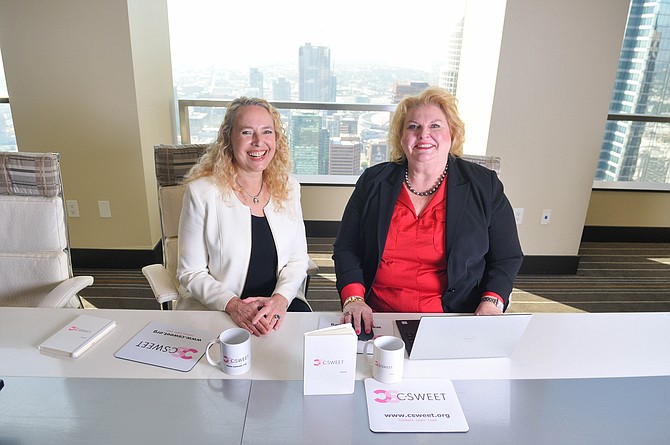 Education: BA, Webster University; MA, Cal State
Long Beach
Industries of Focus: Aerospace, information technology
Off the Clock: Hilbing admits she is a workaholic, ending her workdays between 7 p.m. and 8 p.m., then falling asleep in front of the TV.

Beth Hilbing has climbed the corporate ranks of major aerospace companies over her multidecade career.

Doing so was not an easy task in a male-dominated industry where retired military officers have historically been welcomed into second careers with aerospace and defense contractors.

Hilbing has worked for two of the largest powerhouse military contractors in the United States: Northrop Grumman Corp. and Boeing Co.

For the past three years, she’s held the post of senior information technology business partner with Chicago-based Boeing, which designs, manufactures and sells commercial airplanes and military jets, missiles, rockets and satellites.

Before Boeing, Hilbing, 57, ascended the ranks of Northrop Grumman, once headquartered in Century City, but which bolted to the Washington, D.C., suburb of Falls Church, Va., a decade ago.

When she left Northrop Grumman in 2017, Hilbing was vice president of information technology, managing a $90 million budget and running a large program with control over an engineering and operations organization.

Previously, she was responsible for all areas of information technology at a credit union connected with the military contractor.

She also was at Time Warner in January 2000 as part of one of the biggest corporate mergers, when AOL agreed to buy Time Warner for $164 billion.

It was during her time between her jobs at Northrop Grumman and Boeing in 2017 that she and Co-Chief Executive Dianne Gubin reconnected to co-found C-Sweet.